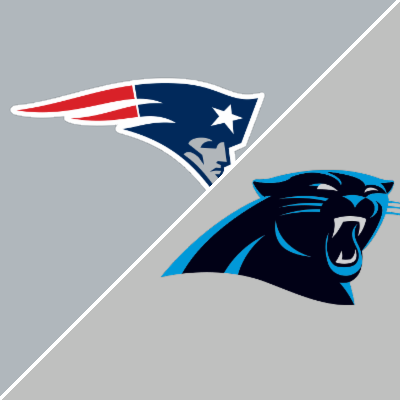 The Patriots have won two in a row and head south in a non-conference affair to take on a Panthers team that moved to ,500 with a win in their last game.

The oddsmakers have the Pats as a 4-point road favorite in this game with a total of 41. The public has really backed New England even on the road, as they opened as a 2.5-point favorite and as of Wednesday are a 4-point favorite.

The Patriots are coming off a solid 27-24 win over the L.A. Chargers to also get back to .500. While the team gave up a lot of rushing yards, they rushed for 141 yards and held Justin Herbert in check holding him to 223 passing yards and picked him off twice.

The Panthers snapped their four-game skid in their last game with a 19-13 road win over the Atlanta Falcons. They killed it on defense in the game stuffing the run and only allowing 213 total yards.

While the Panthers are 5-0 ATS in their last five games against the Pats, they have not faced them since the 2017 season.

Balance Gets it Done for Patriots

The Pats had solid balance in their last game where the pass defense played pretty well and came up with two picks and on offense, they passed for 211 yards and rushed for 141 yards.

Damien Harris (517 yards 6 TD) had rushed for over 100 yards in two games before rushing for 80 in the last game where he only averaged 3.5 yards per carry.

While not a big name WR corps that unit has been pretty good on the season with four players with at least 297 yards led by Jakobi Meyers (427 yards).

Carolina’s defense was great in their last game and they rank second in the NFL in pass defense and 13th in run defense.

In the last game facing the Falcons the Panthers only gave up 13 points while in losing their previous four games had given up an average of 29 ppg.

After a solid start Sam Darnold has cooled off and he has not thrown for a TD in the last two games. He suffered a concussion late in the last game and is listed as questionable again the Pats. If he cannot go P.J. Tucker will get the start and he has only passed for 33 yards on the season.

The Panthers rushed for over 200 yards in the win over the Falcons with Chubba Hubbard leading the way with 82 yards and Darnold had 60 rushing yards. Star RB Christian McCaffrey has missed the last few games but is expected back at practice this week but probably will not go against the Pats.

The New England secondary really has to worry about D.J. Moore, as he leads the Panthers with 645 receiving yards while the next leading target in Robbie Anderson only has 204 receiving yards.

New England ranks near the middle of the pack in terms of pass and run defense. The run defense will be key, as Carolina will look to run the ball since their passing offense only ranks 28th in the league in passing yards per game.

While the Pats have failed to cover in four of their last five games as a road favorite that trend will not continue.

The Patriots are hot winning two in a row and three of their last four games, Mac Jones has played well and the team is running the ball well. Their run D was not very good in the last game but I look for them to be decent in this one. Both teams will run the ball but the Pats will have more success in the air and while I see a pretty close game here, New England will win their third in a row and also cover the spread.