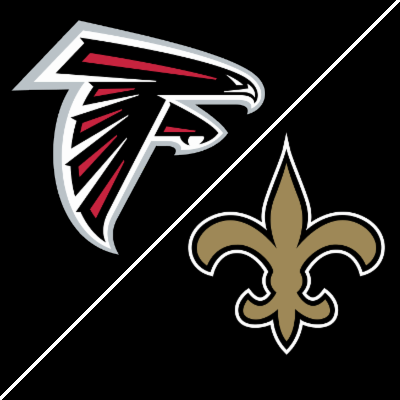 The Falcons dropped to under .500 on the season and they head to the Big Easy to take on a Saints team that is coming off a huge win but a very costly one losing starting QB Jameis Winston.

In their last game the Falcons were at home and lost to the Carolina Panthers 19-13. The team only had 213 yards of total offense, committed two turnovers, and allowed the Panthers to rush for over 200 yards.

The Saints were at home in their last game and won their third in a row with a huge 36-27 win over the Tampa Bay Buccaneers. The team had fewer yards but forced three turnovers. Trevor Sieman came in and played well when Winston went out and he has a torn ACL is likely out for the season.

This is the first game between these teams this season and last season the Saints won both matchups. New Orleans has covered the spread in six of their last seven games facing Atlanta.

In the loss to the Panthers the Falcons only mustered 13 points while they had scored a total of 57 points in winning their previous two games.

Rookie TE Kyle Pitts leads the team with 484 receiving yards and RB Cordarrelle Patterson ranks second with 333 receiving yards. Leading WR Calvin Ridley (281 yards) will not play against the Saints, as he is stepping away from football to fucus on his mental health.

While Patterson has been solid out of the backfield, he only ranks 40th in the league with 268 rushing yards and only had 35 in the loss to Carolina.

Ryan may have to shoulder the load on offense again facing a Saints team that ranks second in the league in run defense but only 22nd in pass defense.

Backup the Rest of the Way

With Winston out, look for the Saints to lean more on Alvin Kamara (480 yards 2 TD), who also ranks third on the team in receiving yards. He has been pretty good out of the backfield in the pass game as of late but in the last two games has failed to average over 3.2 yards per carry.

Three players for the Saints have at least 256 receiving yards led by Marquez Callaway (284 yards).

On the season the Saints rank a solid ninth in rushing yards per game but second-to-last in passing yards per game. That means this is not a good matchup for the Atlanta defense that has been pretty solid against the pass but only ranks 26th in the league in run defense and that unit was torched in the last game.

The Falcons three wins have come against teams that have a grand total of five wins. On top of that three of their losses have come facing teams that are not over .500. The loss of Winston is pretty big but Sieman is a veteran and New Orleans’ strength on offense is rushing the ball. Look for Kamara to break out of his mini slump with a big game and at home New Orleans will win and cover.