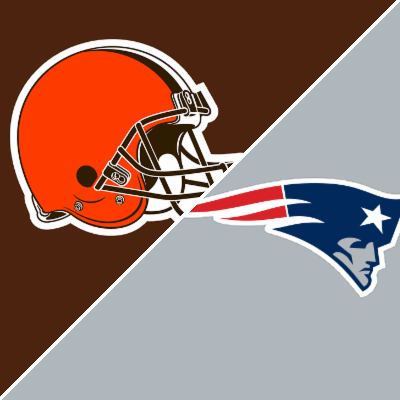 The Patriots have won three in a row and host a Browns team that is coming off an impressive win.

The Pats are a slight 1.5-point home favorite in this AFC matchup with the total sitting at 45.5. The public has backed the Browns so far in this game, as they opened as a 2.5-point underdog and as of Wednesday are a 1.5-point dog.

The Browns were on the road in their last game and laid a 41-16 beat down on the Cincinnati Bengals. The team rushed for 153 yards and they forced three turnovers without committing any.

The Pats won their third in a row in their last game in a stellar defensive effort beating the Carolina Panthers 24-6. While New England did not have many more yards and they committed two turnovers they rushed for 153 yards and forced three turnovers.

Browns Defense and Run Game Get It Done

In the win over the Bengals the Browns defense and the run game were the big stars. Their D had five sacks on the day and one of their three turnovers forced was a 99-yard pick six, which were the first points of the game.

Even putting up 41 points in the last game Baker Mayfield only passed for 208 yards with 2 TD and no INT with one of the TD a 60-yard bomb. He only ranks 25th in the league in QBR and has not passed for over 234 yards in his last three games.

Nick Chubb (721 yards 6 TD) ranks third in the NFL in rushing yards and is averaging six yards per carry. He has rushed for at least 100 yards in three of the last four games.

Mayfield spread the wealth in the win over the Bengals with eight players catch a pass and no player having more than three receptions. The whole drama of the Odell Beckham Jr. situation is over with him being released and that may be a good thing for the Cleveland offense.

New England ranks in the middle of the pack in terms of run defense and that will be vital in this game facing Chubb and a great Browns offensive line.

Pats Defense Getting it Done

The Pats only gave up six points in their last game and in their three-game win streak are only allowing an average of 14.3 ppg.

Mac Jones (2,135 10 TD 7 INT) has been steady in the last few games and has three TD and one INT in the last three games. He does not have a top-flight WR corps but Jakobi Meyers and Kendrick Bourne have combined for 856 receiving yards.

Damien Harris (547 yards) is on concussion protocol and he only rushed for 30 yards on 15 carries in the last game while combining for 186 yards in the previous two games. Rhamondre Stevenson and Brandon Bolden have not seen many touches this season but they combined for 116 rushing yards in the win over Carolina and each averaged over six yards per carry.

The Browns put up 41 points in their last game and their defense was impressive. Baker Mayfield was ok but he did not have to do much in the big win. While the Pats have won three in a row only one of the wins was against good teams. I do not see them running the ball well in this game and Jones will not carry the team by himself. I not only think the Browns will cover the spread in this game but get the win as well.