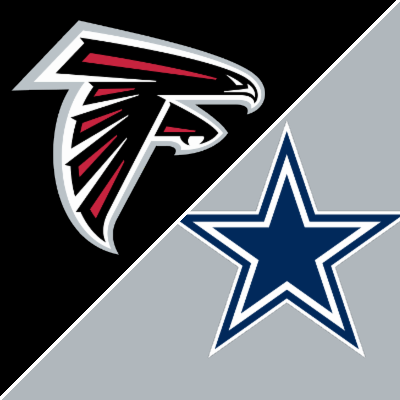 The Falcons have won three of their last four games and they head to the Big D to take on a Cowboys team that was embarrassed at home in their last game.

The Cowboys are a big 9-point home favorite in this NFC clash with a total of 54.5. The total has gone up 2.5 points since opening and the public has backed the Falcons, as they opened as a 10-point underdog as of Wednesday are a 9-point dog.

In their last game the Falcons were in the Big East and beat the New Orleans Saints 27-25 to reach the .500 mark. The team gave up a big lead but Matt Ryan led the team with less than a minute left to set up a game-winning 29-yard field goal.

The Cowboys were at home in their last game losing to the Denver Broncos 30-16. The score did not indicate how much of a blowout the game was as the Broncos were up 30-0 with just over four minutes left in the game, which they completely dominated.

These teams met last season in Dallas where the Cowboys beat the Falcons 40-39.

Ryan Comes up Big or Falcons

In the Falcons big win over the Saints Matt Ryan (2,157 yards 15 TD 6 INT) came up big not only leading the team on the game-winning drive but he passed for 343 yards with two TD and no INT. he has played well as of late and has needed to with an Atlanta run game that ranks 29th in the league.

Patterson has been solid out of the backfield passing catches but only has 278 rushing yards to lead the team and in the last two games has 45 rushing yards on 18 carries.

Dallas ranks 10th in the league in run defense but only 25th in pass defense, which is, obviously, a concern facing Ryan.

The loss by Dallas to the Broncos snapped their six-game win streak and was, by far, their worst game of the season. The team only had 290 total yards and much of that came in garbage time.

Dak Prescott looked bad in the last game and had two late TD but the game was well over.

Ezekiel Elliot has only averaged 56,6 yards per game after averaging 118 yards in his previous three games.

CeeDee Lamb (632 yards 4 TD) only had 23 receiving yards in the last game after totaling 261 in the previous two games. Amari Cooper (532 yards 5 TD) also had a quiet last game and a few drops.

The Cowboys had covered in five in a row at home before the bad loss to the Broncos.

The Falcons got their first win against a winning team in their last game and they are still in the playoff race. Matt Ryan has played well and he will have a big game against the Cowboys. America’s Team and Prescott will rebound but will be facing a dangerous Atlanta team. I think the Cowboys will get the win but it will not be a convincing one, which is why the Falcons are the pick in this game.