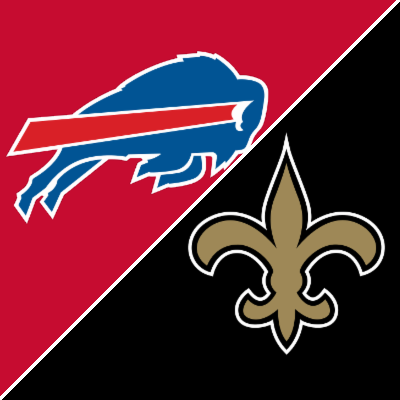 The Saints have lost three in a row and in the late Thanksgiving Day game play host to a Bills team that has lost two of their last three games.

The Bills lost their second game in their last three with a pretty shocking 41-15 blowout home loss to the Indianapolis Colts. They allowed Indy RB Jonathan Taylor to rush for four TD and catch a TD pass, allowed 264 rushing yards, and had four turnovers while not forcing any.

The Saints dropped their third in a row in their last game where they were on the road and lost to the Philadelphia Eagles 40-29. The team was down 27-7 at the half, committed three turnovers, and were killed on the ground giving up 242 rushing yards.

While the Bills have a great defense that was not the case in the last game. Josh Allen (2,811 yards 21 TD 8 INT) did not help the cause and he has been picked off five times in the last two games.

Devin Singletary (415 yards 2 TD) only rushed for 17 yards in the last game and in the two losses in the last three games for Buffalo he combined for only 33 yards.

Allen can run the ball and has the weapons on the outside, hello Stephon Diggs 773 yards) he has to make better decisions and get better play from his O-Line.

On the season the Saints rank 22nd in pass D and third in run D but their run defense was torched in the last game.

Trevor Siemian has been the starter with Jameis Winston gone for the season and while he has eight TD and two INT but of the picks came in the last game and he has not done much in the first three quarters of the last three games. Taysom Hill is waiting in the wings and the jack-knife player has some experience tossing the rock.

Star RB Alviin Kamara misses the last game and is a question mark for this one. Mark Ingram III is also questionable after rushing for 88 yards in the last game.

The Saints do not have a good WR corps and #1 guy Michael Thomas is not coming back anytime soon.

Buffalo ranks second in the NFL in pass defense and ninth in run defense. Can the Bills take advantage of a run D that was lit up last week?

The Saints are 5-0 ATS in their last five games facing the Bills.

The underdogs have killed it in the last couple of weeks and I look for that continue in this game. I look for Hill to get a lot of time under center and for the Saints to move the ball in the air and on the ground. Allen will guide his team pretty well but he will also make some mistakes. This late turkey game will be a close one, which is why the Saints are the pick to cover at home.