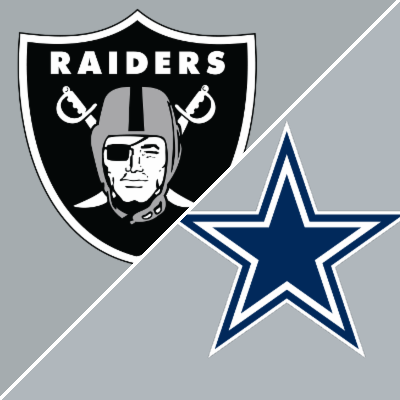 The Raiders head to the Big D on Thanksgiving losers of three in a row to face a banged-up Cowboys team that is coming off a loss.

America’s Team is a 7-point home favorite in this non-conference matchup with the total sitting at 50.5 points. As of Tuesday, the total and the spread have not changed since opening.

The Raiders dropped their third game in a row in their last game where they were at home and lost to the Cincinnati Bengals 32-13. The team was only outgained by 10 yards but they had two turnovers and they only rushed for 72 yards while Cincy rushed for 159 yards.

In their last game the Cowboys lost for the second time in three games falling on the road to the Kansas City Chiefs 19-9. Dallas had three turnovers in the game, but forced two, but only rushed for 82 yards and were 0-2 in the red zone while the Chiefs were 2-3.

Last season the Raiders started strong but floundered in the second half to finish 8-8 and the same has happened so far this season with the team losing three in a row and at .500.

The Raiders played a close loss to the Giants but in their last two games they have been outscored 73-27.

Derek Carr (3,041 yards 16 TD 9 INT) has not played well in the Raiders losing streak where he has four TD and four INT. Darren Waller (610 yards 2 TD) had 115 receiving yards in the last game and has at least 92 in two of his last three games. Hunter Renfroe ranks second on the team with 524 receiving yards and only has 76 of them in the last two games.

Josh Jacobs (333 yards 5 TD) has failed to rush for over 37 yards in three of his last four games including his last two. Kenyon Drake 229 yards 2 TD) only has 39 rushing yards and 21 receiving yards in the last two games.

Dallas ranks 10th in the league defending the run and while only ranks 20th defending the pass, they did hold Patrick Mahomes in check in the last game.

Get Back to Scoring

In the two losses in their last three games the Cowboys totaled 25 points while scoring 43 points in the lone win in that span.

Dak Prescott (2,57 yards 20 TD 7 INT) had a game to forget against the Chiefs with no TD and two picks while he had 10 TD and three in his previous four games. He was also sacked five times and he had only been sacked four times in the previous four games.

CeeDee Lamb (740 yards 6 TD) suffered a concussion in the last game after only 14 receiving yards and he is listed as questionable for Thanksgiving. On top of that second leading receiving Amari Cooper (583 yards 5 TD) is out after testing positive for COVID-19.

Ezekiel Elliot (695 yards 7 TD) is also listed as questionable for this game and in the last game only rushed for 32 yards. Tony Pollard (495 yards) rushed for 50 yards in the last game, is averaging 5.5 yards per carry, and will shoulder the load of Zeke cannot go.

The Raiders’ defense has given up 73 points in their last two games and on the season ranks 10th in the league against the pass but only 29th against the run.

The Cowboys are dealing with a few key injuries but they will be facing a Las Vegas team that has lost two in a row and has been pretty bad on D in the last two games. Even with Lamb a question mark and Cooper out Prescott has some legit targets and he will play well as will Elliot facing a Raiders’ run defense that ranks 29th in the NFL. Carr will rebound and keep Las Vegas from getting blown out but he will not get much help. At home and on turkey day the Cowboys are the pick to win and cover.