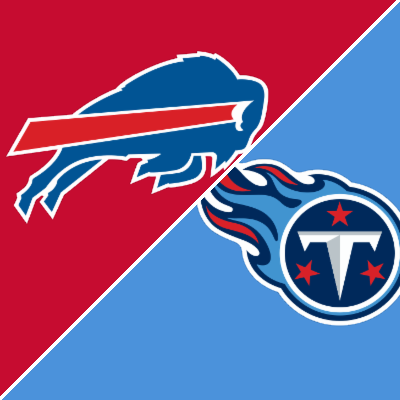 The Bills have won four in a row and head south to take on a Texans team that is coming off a win and is in first place in the AFC South.

The Bills are a 5.5-point road favorite in this AFC contest with the total sitting at 53. While the total has gone down a point the spread has not changed since opening, as of Friday.

The Bills are coming off a huge road win where they beat the Kansas City Chiefs 38-20. They forced four turnovers and they held the dynamic offense of KC to only seven points in the second half.

The Titans were on the road in their last game and they beat the winless Jacksonville Jaguars 37-19. The defense did force two turnovers and on offense they had a big day with 184 rushing yards but they also gave up 454 total yards including 198 rushing yards.

These teams met in Tennessee early last season where the Titans crushed the Bills 42-16.

The Titans were not overly impressive in their win over the winless Jaguars in the last game but a win is a win. While they have won three of their last four games in their three wins this season none came facing a team with a winning record.

Ryan Tannehill (1,251 yards 6 TD 3 INT) has been pretty good on the season (16th in QBR) and has a TD and no INT in each of the last two games but has been sacked 10 times in the last two games as well. He has a decent WR corps and Julio Jones leads the team but only has 204 receiving yards and does not have a TD.

Tennessee will be facing a great Buffalo defense that ranks in the top three in the NFL against the pass and the run.

The Bills win in KC in their last game gave them a little revenge after losing to the Chiefs there in the AFC title game last season.

No surprise Buffalo is the betting favorite in this game, as they rank first in the league in points per game and first in points allowed per game.

Josh Allen (1,370 yards 12 TD 2 INT) passed for 315 yards in the win over the Chiefs and he has nine TD and one pick in the last three games. Stefon Diggs leads four players with at least 215 receiving yards with 374.

Devin Singletary (284 yards 1 TD) has not put up big numbers in two of the last three games but is averaging 5.2 yards per carry. On top of that he has help in the backfield with Allen rushing for 188 yards and Zack Moss rushing for 184 yards.

The Tennessee defense has been mediocre this season ranking 21st against the pass and 16th against the run. Getting to Allen will be key for the D but they only have 10 sacks through five games.

The underdog has covered the spread in the last six games between these teams but that trend will not continue.

The Bills are rolling and they are coming off a big win over the Chiefs. Tennessee has been pretty good on the season but they have not beaten any good team and one of their losses was to the Jets. Henry may get his yards but the Titans will not get much else. Allen and company will be impressive, yet again, as will the Buffalo D, which is why they will win this game and cover the spread.