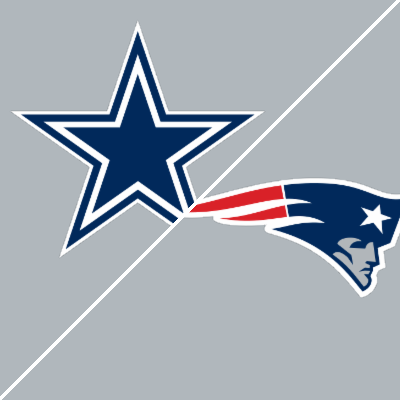 The Cowboys are riding a four-game winning streak and head back east to face a Patriots team that is 2-3 and has yet to beat a good team.

The Cowboys head into Foxborough as a 3-point road favorite with the total sitting at 50.5. The public has backed Dallas in this non-conference affair, as they opened as a 2-point favorite and as of Friday are a 3-point favorite.

In their last game America’s Team won their fourth in a row with a convincing 44-20 win over the New York Giants. Dallas racked up 515 total yards in the game and Ezekiel Elliot had another big game on the ground.

In their last game the Patriots beat the Houston Texans 25-22 after losing their previous two games. They had fewer yards in the win and had more turnovers but ran the ball well and outscored Houston 10-0 in the fourth quarter.

These teams last met in the 2019 season. The road team has covered the spread in the last four games between these teams.

America’s Team is Back

The Cowboys are back winning four in a row where Dak Prescott and Ezekiel Elliot have led the way.

Elliot ranks third in the NFL in rushing yards per game, is averaging 5.3 yards per carry, and has rushed for 253 yards in the last two games.

Prescott (1,368 yards 13 TD 3 INT) has 10 TD and only one pick in the last three games and he has gotten a lot of help from Elliot, as well from three targets that have at least 280 receiving yards, CeeDee Lamb 348 yards) and Amari Cooper (318 yards) have combined for six TD and each is averaging over 12 yards per reception.

New England’s strength on defense is against the pass where they rank fourth in the league while their run defense ranks in the middle of the pack (15th). Matt Judon is tied for the second most sacks in the league and getting to Prescott in this game is key.

Can the Patriots Beat a Good Team?

The Patriots have two wins on the season and those wins came facing teams that have a grand total of two wins. The defense has been pretty good for the team but they only rank 26th in the league in points per game.

Mac Jones (1,243 yards 5 TD 5 INT) only ranks 21st in QBR and all five of his picks have come in the last three games. New England is being careful with the rookie and have not unleashed him but may need to soon, as the team needs to start scoring.

Four players for the Patriots have at least 197 receiving yards led by Jakobi Meyers (302 yards).

The run game for New England has been less than impressive on the season. Damien Harris leads the team with 230 rushing yards but is only averaging 3.7 yards per carry. He is listed as questionable for this game with a rib injury but should go. After rushing for 162 yards in his first two games Harris has only rushed for 68 yards in the last three games.

The Pats may want to let out the reigns for Jones in this game, as he will be facing a Dallas pass defense that ranks dead last in the NFL.

The Cowboys have covered the spread in every game this season and look for that to continue.

The Cowboys are a legit contender in the NFC with Prescott healthy and Elliot back to being a top RB. Their pass D has issues but the team is riding high in a four-game win streak. The Pats are simply not a good team and their only two wins have come against two of the bottom-feeders in the league in the Jets and Texans. The Cowboys will roll in this one with the offensive lighting it up and New England not being able to keep up. Dallas will win their fifth game in a row and also cover the spread.