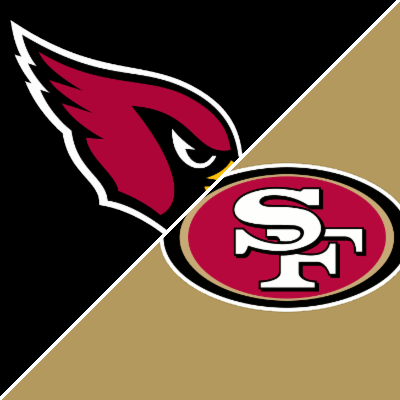 The 49ers snapped their losing streak in their last game and in an NFC West matchup they host the Cardinals, who are coming off their first loss of the season.

The Cardinals are a slight 1-point road favorite in this division game with the total sitting at 46. The public has backed the 49ers, which is not surprising since Kyler Murray is listed as questionable, as they opened as a 2.5-point underdog and as of Thursday are a 1-point dog.

The Cardinals suffered their first loss of the season in their last game where they were at home and fell to the Green Bay Packers 24-21. The team had a chance in the end going for a TD rather than kick a game-tying field goal but the WR did not even look and the Packers picked off the pass.

The 409ers snapped their four-game skid in their last game with a 33-22 road win over the Chicago Bears. The team racked up 467 yards and had balance in the win, which was sorely needed.

These teams met a few weeks ago in Arizona where the Cardinals beat the 49ers 17-10. The Cardinals are 6-1-1 ATS in their last eight games facing the 49ers.

Murry Should Go For Cardinals

While Murray is listed as questionable for this game and has not practiced this week, he and head coach Kliff Kingsbury think the QB will play on Sunday. He is recovering from an ankle injury and if he cannot go veteran Colt McCoy will get the start.

Murray may be the frontrunner for the MVP and he has the fourth most passing yards and ranks fifth in the NFL in QBR. He did not have a great game in the loss to the Packers in the last game passing for 274 yards with no TD and two picks and he has three INT in the last two games.

The Cardinals have three WR’s with at least 454 receiving yards and the team recently picked up former Pro Bowl TE Zach Ertz.

Arizona also had a solid ground game ranking seventh in the league in rushing yards per game. Chase Edmonds (427 yards 5.7 yards per carry) leads the team in rushing yards but only had 30 in the loss to Green Bay and is listed as questionable with an injury. James Conner has rushed for 358 yards and only had 22 in the last game after rushing for 135 yards in the two previous games.

San Francisco ranks third in the NFL in pass defense but only 27th in run defense. They played well on D in the first meeting holding the Cardinals 13 points lower than their season average but could get little offense going.

The 49ers got a huge win in their last game to snap their four-game losing streak and with the win they moved to one game under .500.

Deebo Samuel (819 yards 4 TD) ranks second in the NFL in receiving yards, had 171 in the win over the Bears, and has 100+ receiving yards in three of his last four games including the last two. He is listed as questionable with a calf injury and if he cannot go it will be a big blow with George Kittle out and the next leading target having 172 receiving yards.

RB Elijah Mitchell (433 yards 3 TD) is also listed as questionable and he has rushed for at least 107 yards in each of the last two games.

I think Mitchell will play and see a lot of action since the Cardinals only rank 20th in the league in run defense while fourth in pass defense.

The Cardinals are 4-0 in their last four road games and I look for that trend to continue. A lot of key players for both teams are banged up but Murray is the big game but he should play. I look for this game to be like the first matchup in a defensive and low scoring game. Both teams will run the ball well but Murray will make some plays and that is why Arizona will win and cover the short spread.