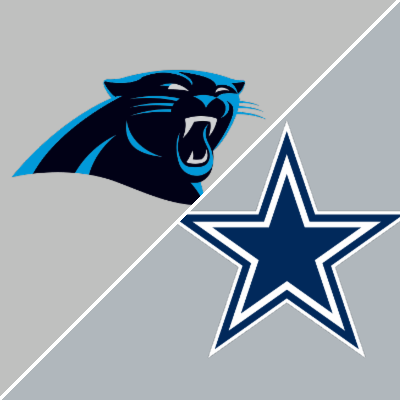 The Panthers have gotten off to a great start at 3-0 and head to the Big D to take on a Cowboys team that has won their last two games.

The Panthers kept their perfect record intact in their last game with a 24-9 win over the Houston Texans. However, while the defense continues to play well the win was a costly one, as star RB Christian McCaffery and first round pick CB Jaycee Horn were each lost to injury and neither will play this week.

Dallas looked impressive in their last game on Monday night where they beat the Philadelphia Eagles 41-21. The team had a balanced offense attack, played great D against the run, and forced two turnovers.

The Cowboys are in first place in the NFC East, as the only team in the division with a winning record.

These teams have not met since the 2018 season and the favorite has covered the spread in the last four meetings.

Lean on the D

With McCaffery out the Panthers may have to lean on their defense more and that unit ranks first in the league in yards allowed, sacks, and second in points allowed.

In the win over the Texans the Panthers racked up 407 yards and held the Texans to only 193 yards. They stuffed the run in the game holding Houston to 42 yards but will be tested in this game by a Dallas team that rushed for 160 yards in their last game.

Sam Darnold has had a bit of a career revival for the Panthers passing for 888 yards with three TD and one INT. In the last game he passed for 304 yards and while he did not have a TD, he was not picked off either.

D.J. Moore leads the team with 285 yards with McCaffery ranking second. His loss is big, as he is one of the leaders in the league in yards from scrimmage. Chubba Hubbard will take over the rushing duties and rushed for 52 yards on 11 carries in the win over Houston.

Darnold will be facing a Dallas defense that leads the league in turnovers but also ranks second to last in pass defense.

Dak and Zeke are Back!

While Dak Prescott has been solid in the three games this season coming off ankle surgery Ezekiel Elliot finally bused out in the last game rushing for 95 yards with two TD and averaged 5.6 yards per carry.

In the win over the Eagles Prescott passed for 238 yards with three TD and no INT but was sacked four times. The Dallas offensive line is vital in this game facing a great pass rush for Carolina and they have to open up holes for the run game.

The Panthers’ D took a hit as well with the loss of Horn, who was playing great as a rookie. The team is dealing with injuries at the CB position and they recently traded for C.J. Henderson, who was the ninth pick in the 2020 NFL draft but never took hold in Jacksonville.

The Cowboys are rolling with two wins in a row and the Panthers are undefeated. However, two of Carolina’s wins came facing the Jets and the Texans, who may battle it out to get the top pick in the next draft. The Panthers’ defense will not be able to contain Prescott and Elliot and their offense will struggle with McCaffery out. I look for America’s Team to easily win this game and cover the spread handing Carolina their first loss of the season.