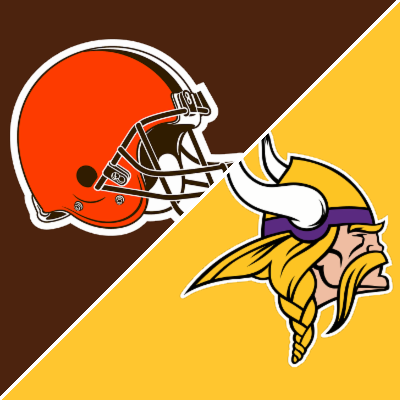 The Browns have won two in a row and head to the Land of 10,000 Lakes to face a Vikings team that is coming off their first win of the season.

The Browns are a 2-point betting favorite in this non-conference matchup with the total sitting at 53. The public has backed Cleveland so far in this game, as they opened as a one-point favorites and are favorites by two points as of Tuesday.

In their last game the Browns were on the road and thumped the Chicago Bears 26-6. They outgained the Bears 418 yards to 47 yards, yes only 47 yards, and they had nine sacks.

Minnesota got into the win column in their last game with a solid 30-17 home win over the Seattle Seahawks. They had solid balance on offense and their D showed up after giving up 61 points in losing their first two games.

Killing It, All the Way Around

The Browns were more than dominant in their win over the Bears last week. Myles Garrett racked up 4.5 sacks, Baker Mayfield was efficient and played well, and the team rushed for 215 yards.

Mayfield passed for 246 yards with a TD and no INT but was sacked five times. There was an Odell Beckham Jr. sighting in the Windy City, as he led the team with 77 receiving yards.

Cleveland’s offense will be facing a Minnesota defense that played pretty well in the last game but still has issues against the run and especially against the pass.

The Vikings finally put together a good all-around game in their big 30-17 win over the Seahawks.

While Minnesota has had their issues on D Kirk Cousins has quietly had a great start to the season. He passed for 323 yards with three TD and no INT in the win over Seattle, ranks second in the NFL in QBR, and has eight TD and no picks on the season.

Cousins has a solid WR corps and in the win over Seattle four players had at least 50 receiving yards led by Justin Jefferson with 118 yards and a TD.

Minnesota was without leading RB Dalvin Cook, who had the second mist rushing yards last season, for the last game, but Alexander Mattison filled in admirably rushing for 112 yards. Cook should be available for this game and will be facing a solid Cleveland defense that has a great pass rush.

Cousins has only been sacked twice in three games and if he can get protection, he may have another big game.

I think the Vikings are a legit dark horse this season and they played some good teams in the first two games. They beat a solid Seattle team in their last game and they will play well in this one. Cousins will have time to find his targets and Minnesota will run the ball well. The Browns will take advantage of the defensive issues for the Vikings but they will make some mistakes. This one will be close but at home I am taking the Vikes in a minor upset.