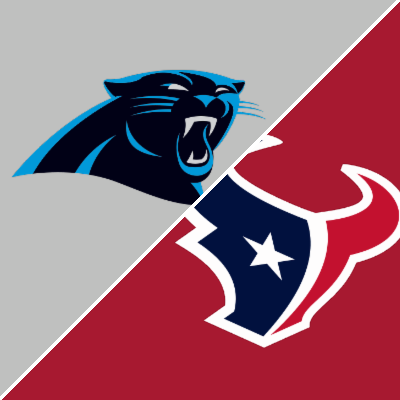 The surprising Panthers are off to a 2-0 start and they head to the Lone Star State for a Thursday night non-conference game facing the 1-1 Texans.

In one of the biggest surprises of Week 2 the Panthers laid a 26-7 beat down on the New Orleans Saints. Sam Darnold played well for the second straight game and to say Carolina’s defense got it done would be an understatement holding the Saints to a grand total of 128 total yards.

The Texans suffered their first loss of the season in their last game losing to the Cleveland Browns 31-21. They were in the game and only down three points in the first part of the third quarter but struggled when starting QB Tyrod Taylor left the game with a hamstring injury.

These teams have not met since the 2019 and in the last five games between them the underdog has covered the spread four times.

The Panthers’ defense was awesome against the run and the pass in their win over the Saints and they had two interceptions. They held New Orleans to six first downs while they had 28 and held them to an average of 2.8 yards per carry. In their first two games Carolina has outscored their opponents in the first half 33-0.

Darnold looked good again with his new team passing for 305 yards with two TD and one INT and he has nearly passed for 600 yards in the first two games.

D.J. Moore led Carolina with 79 receiving yards and a TD and star RB Christian McCaffery had 65 receiving yards. He rushed for 72 yards but only averaged three yards carry.

Look for McCaffery to get a heavy workload on Thursday facing a Houston run defense that gave up 156 rushing yards in their last game.

Carolina is off to a 2-0 start for the first time since 2017, which was the last season they made the playoffs.

Will We See Watson?

Houston star QB DeShaun Watson has requested a trade and is still in exile but is listed as the #3 QB for Houston. After the game head coach David Culley was asked if Watson would possibly play on Thursday and said, “We’ll have to see.”

Tyrod Taylor played well before injuring his hamstring and he is questionable for the game. David Mills came in when Taylor was hurt and while passing for a TD, he was only 8/18 and was picked off. Brandin Cooks led the team with 78 receiving yards and had a TD while no other player had more than 35 receiving yards.

The Texans only rushed for 82 yards and Mark Ingram II led the team with 41 yards but only averaged 2.8 yards per carry.

The Carolina defense is young and hungry and they killed it in the last game, so whoever is under center for Houston will have a tall task. After two games the Panthers already have 10 sacks with Juston Burris and Haason Reddick combining for five of them.

The Panthers are rolling with Darnold playing well and the defense being more than impressive. They shut down the Saints last week and they will do the same to the Texans, who have a QB issue. I look for a pretty one-sided game on Thursday night, as the Panthers will get it done on both sides of the ball moving to 3-0 with a win and covering the spread as well.