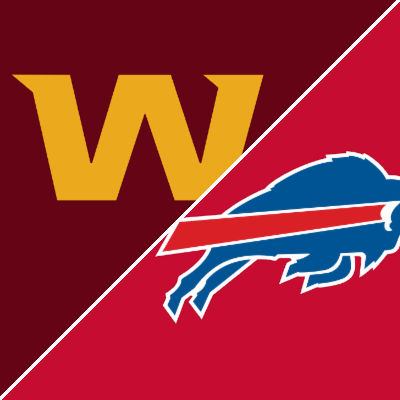 The Bills are a big 8.5-point home favorite in this non-conference matchup with the total sitting at 46.

Washington won their last game 30-29 against the New York Giants where they were a little lucky to get the W. The team took advantage of miscues by the Giants and after missing the game-winning field goal with no time left New York was penalized on the play giving the Football Team another shot, which they made.

The Bills came off a bad Week 1 to trounce the Miami Dolphins 35-0 in South Beach in Week 2. Josh Allen still has some issues but the defense, obviously, stepped up and Buffalo forced three turnovers and they rushed for 143 yards.

These teams have not met since the 2019 season and the Bills are 4-1 ATS in their last five games facing Washington.

While Washington was, pretty much, gifted their win over the Giants a win is a win, which is big in the weak NFC East where every team is 1-1.

The Football Team did have over 400 total yards in the win over the Giants and Taylor Heinicke played well the team did not run the ball well and did not defend it that well either.

Heinicke is playing because starter Ryan Fitzpatrick is injured and in the New York game was 34/46 for 336 yards with two TD and one INT and was sacked just once.

Terry McLaurin and J.D. McKissic combined for 190 receiving yards and Antonio Gibson rushed for 69 of the teams 87 yards averaging 5.3 yards per carry.

Washington will face a Buffalo defense that has a solid secondary and in the Miami win held them to only 216 total yards in shutting them out.

In the shutout win over Miami in Week 2 the Bills were up 14-0 in the middle of the first quarter, forced three turnovers, and held the Dolphins to 0/4 on fourth down.

Josh Allen has not looked great through two games this season and even in the big win over the Dolphins only passed for 171 yards with two TD and a pick. After coming in second in the MVP voting last season Allen only ranks 22nd in the NFL in QBR and 25th in passing yards.

Last week Stefon Diggs led the Bills with 60 receiving yards and the team rushed for 143 yards. Devin Singletary rushed for 82 yards including a 46-yard TD scamper and Zack Moss has two rushing TD.

The Washington defense has not looked like the great unit it was last season. They have given up too many big plays and while they have six sacks reigning Defensive Rookie of the Year Chase Young has none with only seven tackles. However, even giving up 29 points in the Giants win their held them to 4/12 on third down after they struggled, mightily, on that down in Week 1.

Ok, so I am a Washington fan and while I think the Bills will win this game the Football Team will give them a fight. We have not seen the solid young defense of Washington show up but they will make some playing in this game and Taylor Heinicke will have a good game. They will be physical and look to run the ball and make Allen uncomfortable in the pocket. Washington will put it together in this game but they are facing a better team in the Bills. Still, I see a close game in this one, which is why Washington will cover nearly getting 10 points.