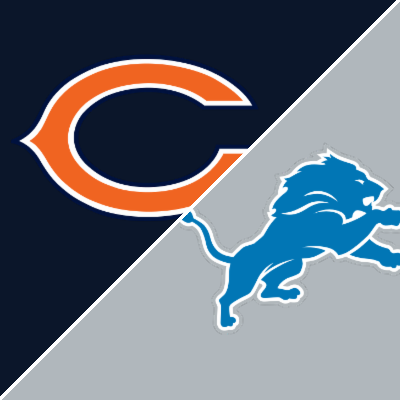 In the first Thanksgiving Day game the winless Lions play host to the reeling Bears in a NFC North clash.

These teams met in Week 4 in Chicago with the Bears beating the Lions 24-14.

In their last game the Bears were at home and lost to the Baltimore Ravens 16-13. Chicago had more yards in the game but they were 0/1 in the red zone and allowed 10 points in the fourth quarter against a Ravens team that was without star QB Lamar Jackson.

The Lions were on the road in their last game and they remained winless with a 13-10 loss to the Cleveland Browns. The team gave up 165 rushing yards while they only gained 245 yards and Tim Boyle was picked off twice in making his first start with Jared Goff injured.

The Bears will start Andy Dalton in this game with Justin Fields injured in the loss to the Ravens. He takes over an offense that ranks dead last in the NFL in passing yards per game and in the loss to Baltimore he came in and played well passing for 203 yards with 2 TD and no INT.

Darnell Mooney (571 yards 3 TD) had 121 receiving yards in the last game but was injured and a question mark for this game. Second leading WR Allen Robinson II has had a disappointing season after the Bears put the franchise tag on him and he is also listed as questionable.

On the season the Lions rank a respectable 13th in the league in pass defense but second to last in the NFL in run defense.

Is Turkey Day the Day

Will the Lions give their fans something to be thankful for on Thanksgiving? The winless team has two close games in a row but Goff may not play and Boyle was picked twice in the last game and failed to move the offense with only 77 passing yards. Even if Goff plays, he only had one TD in his last five games and ranks 32nd in the league in QBR.

The Lions have failed to win their last two games even though RB D’Andre Swift (555 yards 4 TD) rushed for at least 130 yards in each of them. He has done his part but Detroit needs some decent QB play to have a chance in this game.

Chicago only ranks 24th in the league in run defense and that is one positive thing for Detroit. However, the Bears rank a solid 11th in the NFL in pass defense.

The Bears have covered the spread in five of their last seven games facing the Lions and look for that trend to continue.

The Bears are reeling losers of five in a row but the Lions have yet to win this season and have major QB issues. Goff has not played well and Boyle was pretty bad in his last start. I think the Bears will go with Dalton and while he will be ok look for Chicago to rack up a lot of rushing yards. Swift will play well for a third straight game but get little help from the passing game. Detroit may keep this one relatively close like the last two games but the Bears will get the Thanksgiving win and cover the spread.