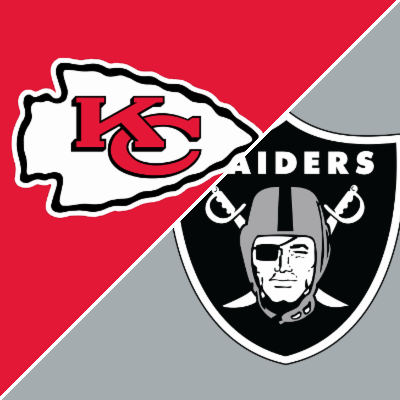 The Chiefs got over .500 with their last win but it was less than impressive and they head to Sin City to face a Raiders team that is coming off a loss

The oddsmakers have the Chiefs as a 2.5-point road favorite in this AFC West clash with the total sitting at 52. While the total has gone up a half a point the spread since opening the spread has not changed as of Thursday.

In their last game the Chiefs were at home and beat the Green Bay Packers 13-7. Kansas City only managed 237 yards in the win and the team narrowly beat a Green Bay team that was without Aaron Rodgers.

The Raiders had won two in a row before their last game, which was a 23-16 road loss to the New York Giants. Las Vegas had over 150 more total yards in the game but they have three turnovers including a pick-6 and a pick deep in the New York territory late in the fourth quarter.

Last season these division rivals split the two games against each other with each winning on the road.

At Least the Defense Was Good

In the win over the Packers last week the offense was sluggish while the defense was legit holding Green Bay to 2/12 on third down conversions and they forced the only two turnovers of the game.

Patrick Mahomes only passed for 166 yards and one TD with no INT in the last game but he did make a Mahomes’ like throw to ice the game late. The game was only his second of the season without an INT and he has only passed for over 300 yards in three games and only once in the last seven games.

Tyreek Hill’s and Travis Kelse’s numbers are down with neither having a 100-yard receiving game in the last several games.

Darrell Williams (300 yards 4 TD) rushed for 70 yards in the Green Bay win but only averaged 3.7 yards per carry.

Las Vegas ranks fifth in the league in pass defense but only 28th in run defense.

Can Raiders Get Past the Chaos?

The Raiders are 5-3 and tied atop the AFC West with the L.A. Chargers but can they get past all of their chaos? The released their two 2020 first round draft picks because of major off-the-field issues and head coach Jon Gruden resigned a few weeks back in a scandal.

Derrick Car has to get over the last game where the two picks killed the team. He passed for nearly 300 yards in the loss to New York with a TD and he had four TD and only one INT in the previous two games.

Even without the released Henry Ruggs III Las Vegas still has a good WR corps and star TE Darren Waller (470 yards 2 TD), who had 92 receiving yards in the loss to the Giants. The team recently picked up deep threat WR DeSean Jackson, but he may not be ready for this game.

Josh Jacobs (280 yards 5 TD) nearly had 100 yards from scrimmage in the last game and the team may lean on him in this game.

KC’s defense was shredded early in the season but they have turned things around and in their last four games have only given up an average of 16 ppg. Still, on the season their D ranks 21st in the NFL both against the pass and the run.

The Chiefs have failed to cover the spread in their last four games facing a team with a winning record. Look for that to change.

Me and the whole football nation are waiting to see the old Patrick Mahomes. We did see it in the last pass of the last game, which iced it for KC and I think we will see it in this game. He will have a big game getting to the ball to the stars of Hill and Kelse. The Chiefs defense will also continue to play well and I look for a convincing win by KC, which is why they will cover.