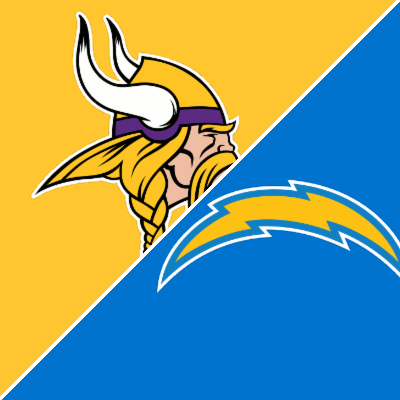 The Vikings have lost two in a row and head to L.A. to face the Chargers, who snapped their two-game skid in their last game.

In their last game the Vikings were on the road and lost to the Baltimore Ravens 34-31 in OT. They gave up a second half 14-point lead and they had an INT in overtime giving them the ball at their own 38-yard line but could not get it done.

The Chargers were in the City of Brotherly Love in their last game where they beat the Philadelphia Eagles 27-24. The team racked up 445 yards and Justin Herbert passed for two TD and ran for another and passed for 356 yards.

These teams met last in the 2019 season. The Vikings have covered the spread in their last four games facing the Chargers.

The Vikings had their chances in the loss to the Ravens even though they were outgained 500 yards to 318 yards. While the team is only 3-5 their five losses have only come by a total of only 18 points.

Kirk Cousins (2,140 yards 16 TD 2 INT) has played well this season and while he has not passed for over 187 yards in the last two games he has not been picked off in the last three games.

Dalvin Cook (554 yards 2 TD) has rushed for at least 110 yards in two of the last three games. You can bet he will get a lot of action this Sunday, as the Chargers rank dead last in the NFL in run defense but third in pass defense.

Herbert to the Rescue

The Bolts had lost two in a row before Justin Herbert (2,350 yards 18 TD 6 INT) played a great game in the win over the Eagles were he not only passed for a over 350 yards but was not sacked once and was 32 of 38. He was not picked in the win over Philly after having three INT in the previous two games.

Minnesota ranks in the middle of the pack in the NFL in pass defense but only 28th in run defense.

The Chargers have covered the spread in six of their last eight games as a favorite and look for that trend to continue.

The Vikings have had tough luck all season with all of their games close and they easily could have won the last game against the Ravens. They are dangerous with Cook and Cousins and a legit WR corps but so are the Chargers with Herbert turning into a star QB. I see another close Vikings game in this one but another close loss. Herbert will help pull it out and L.A. will get the W and cover the short home spread.