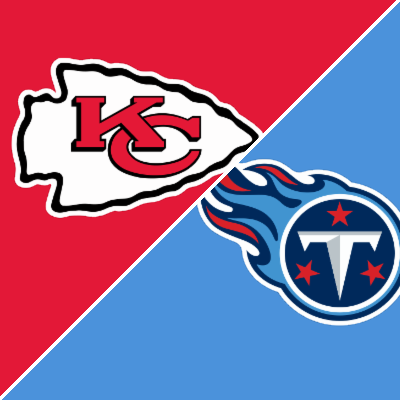 The Chiefs got back to .500 in their last game and they head south to face the Titans, who are coming off a huge Monday night win.

The Chiefs got back to the .500 mark in their last game with a 31-13 win over the Washington Football Team. They killed it in the second half with their much-maligned defensive unit holding Washington scoreless.

The Titans are coming off a big 34-31 home win over the Buffalo Bills, who beat the Chiefs badly in their previous game. Tennessee stopped Buffalo late on a key fourth down and stud Derrick Henry had another bog game out of the backfield.

These teams met last in the 2019 season where they faced off twice including the playoffs with the Chiefs winning both games. However, the Titans have covered in four of their last five games facing KC.

The Chiefs killed it in the second half of their last game and while they racked up nearly 500 total yards, they committed three turnovers. Turnovers have been a major issue on the season, especially for Patrick Mahomes, who has two picks in three of his last four games including the last two.

Mahomes (1,887 yards 18 TD 8 INT) still ranks second in QBR and has nine TD over his last three games but the turnovers have plagued him and he has been sacked five times in the last two games.

We all know Mahomes has the weapons and WR Tyreek Hill and TE Travis Kelse have combined for 1,060 receiving yards and nine TD.

Lead rusher ClydeEdwards-Helaire is on IR and out for this game. Darrell Wilson will get most of the touches in the backfield and while he rushed for 62 yards in the win over Washington, he only averaged three yards per carry.

Tennessee ranks a solid ninth in the league in run defense but their pass defense only ranks 24th and that is not good with Mahomes coming to town. Harold Landry III is among the league leaders in sacks, has two in each of his last two games, and he needs to get to Mahomes in this one.

In the last game the Titans snapped their Bills four-game winning streak and Henry was big rushing for 143 yards and three TD and averaged 7.2 yards per carry.

How good has Henry been? He leads the league in rushing with 783 yards while the next leading rusher is Nick Chubb with 523 rushing yards. Henry has rushed for three TD in each of the last two games.

Ryan Tannehill (1,467 yards 6 TD 4 INT) has been decent this season and in the last game had no TD and was picked once. He was sacked 10 times in two games before not being sacked in the last one.

Lead WR Julio Jones (263 yards 0 TD) is listed as questionable for this game.

KC played great D in the second half against Washington but it is Washington. The team does not rank in the top 24 in the league in pass or run defense and you can bet their run D will be tested in this game.

The Chiefs are 4-13 ATS in their last 17 games while the Titans have covered in four of their last five games.

Ok, so Henry will have a big game that is for sure but will Mahomes? Yeah, he will pass for a lot of yards but can he hold onto the rock? I would say yes. The Tennessee pass defense only ranks 24th in the league and through six games they only have four picks. Henry will keep this game pretty close but the Titans will not be able to keep up with Mahomes and company, which is why KC will win and cover.