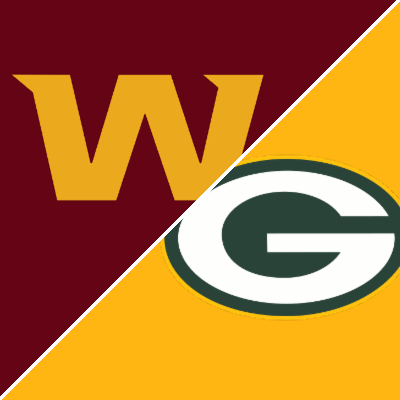 The Packers have won five in a row and play host to a Washington team that has lost two in a row.

Oddsmakers, not surprisingly, have the Packers as a big 9.5-point favorite in this NFC game with a total of 49. What is a little surprising is the public has backed Washington, as they opened as a 10-point underdog and as of Thursday are a 9.5-point dog.

Washington was at home in their last game and lost to the Kansas City Chiefs 31-13. They were up 13-10 at the half and then fell apart in the second half being outscored 21-0.

The Packers were on the road in their last game and extended their winning streak to five with a 24-14 win over the Chicago Bears. Aaron Rodgers passed for two TD and ran for another and Green Bay held Chicago to only 277 yards and seven points in the second half.

These teams met last in the 2019 season. The Packers are 3-1-1 ATS in their last five home games facing Washington.

Washington Defense Not There, Again

The Washington defense fell apart in the second half of the last game facing the Chiefs and after having one of the league’s best defenses last season, this season they rank dead last giving up an average of 31 ppg.

Taylor Heinicke (1,390 yards 9 TD 6 INT) only ranks 24th in the NFL in QBR and in his last two games has one TD and three INT. He has been decent at best and his play has showed that Washington needs to pick up a QB in the off-season.

Terry McLaurin leads Washington with 428 receiving yards but only has 74 in the last two games. He is listed as questionable for the Green Bay game with a hamstring injury and if he cannot go it will be a big loss.

Leading rusher Antonio Gibson (357 yards 3 TD) is also listed as questionable and Heinicke is the second leading rusher for the team with only 127 yards.

Green Bay has one of the best pass defenses in the NFL and ranks a respectable 13th in run defense.

Rodgers Does it Again

Rodgers led the Packers to a win over Chicago in the last game and took a little heat, as after rushing for a TD gave it to the Bears fans with an expletive filled tirade. He has passed for 1,436 yards with 12 TD and 3 INT and has eight TD and only one INT over his last four games.

Aaron Jones (385 yards 2 TD) is the second leading target with 166 receiving yards and in the last two games he has totaled 179 rushing yards where in each game he averaged at least 5.8 yards per carry.

Washington ranks dead last in the league in pass defense and only 19th in run defense. On top of that they only have seven takeaways through six games. Chase Young has four sacks but has not dominated like he did last season as a rookie.

Washington has only covered the spread in one game this season while the Packers have covered in their last five games.

I have to admit I am a huge Washington fan but give my team no chance to win this one. Their offense has been decent at best and their defense is giving up the most points per game in the league. Yeah, Rodgers facing the league’s worst pass defense? Even giving nearly 10 points take the Packers at Lambeau in this one.