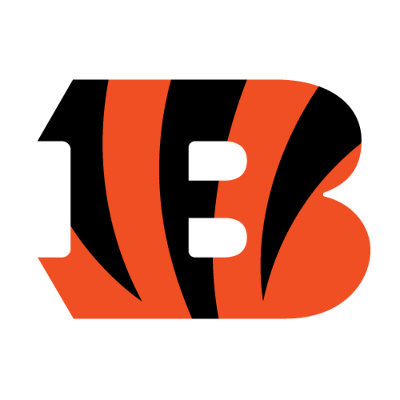 The Bengals were 4-11-1 last season and lost rookie QB Joe Burrow to a season ending knee injury and while he should start in Week 1 the team still has a lot of issues.

Joe Burrow was having a solid rookie season before tearing up his knee in Week 11. He is on track to be back for Week 1, but can the O-line keep him off his butt? T

he line was not very good last season and while they signed solid RT Riley Reiff the team may regret passing on OL Penei Sewell with the fifth pick in the draft.

With signing Reiff and passing on Sewell in the draft Cincinnati took WR Ja’Marr Chase, who is seen as a generational talent and played with Burrow at LSU but opted out of the 2020 college season.

Is the third time the charm for the Bengals? They head into this season with head coach Zac Taylor, offensive coordinator Brian Callahan, and defensive coordinator Lou Anarumo, who are all ion their third year. Last season Cincy only ranked 29th in the league in points per game and 22nd in points allowed.

The O-line will be key for the Bengals this season and they not only signed Reiff but they iused three draft picks on lineman and hope 2019 first-rounder Jonah Williams bounced back from an injury marred season.

With the WR duo of A.J. Green and John Ross both gone Chase will step into the #1 role right away. Tee Higgins, with Tyler Boyd are pretty solid but the team is still very thin at the WR position.

RB Joe Mixon signed a four-year $48 million contract before last season, and he only averaged 3.6 yards per carry through six games before being lost for the season with a foot injury.

The defense scored in the off-season with the addition of DE Trey Hendrickson, who had 13,.5 sacks last season for the Saints.

The secondary lost two veteran starters and picked up a couple of marquee free agents in Mike Hilton and Chidobe Awuzie and they still have emerging star safety Jessie Bates III.

However, perennial Pro Bowl DT Geno Atkins is gone and LB Sam Hubbard only had two sacks last season after 8.5 in the previous season.

The Bengals schedule is not a killer one, but it is not soft either. Not only are they in the NFC North with the Steelers, Ravens, and Browns but in the second half they have out-of-division games facing the Raiders, Chargers, 49ers, and Chiefs.

Getting off to a good start may be vital and their first four games come facing teams that failed to make the playoffs last season.

Burrow should be under center for Game 1, and it will be interesting to see if he and Chase can capture some of their old LSU magic. Still, even if they can the team is thin at WR receiver, have issues at the RB position, and have many new faces on both sides of the ball.

I see the Bengals improving on last season’s record with a healthy Burrow and improved defense but they the team will trend upward they still have a lot of work and will be under .500 and fail to make the playoffs.