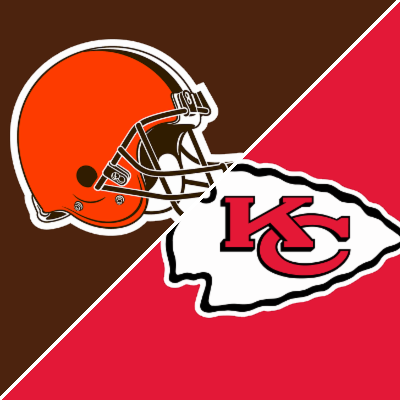 In, perhaps, the most anticipated game of the first week of the NFL season the defending AFC champion Chiefs play host the upstart Browns.

The Chiefs are a 6-point home favorite in this AFC encounter with the total sitting at 53.5. As of September 7, the line or the total has not changed since opening.

Last season the Browns snapped their 18-year playoff drought and even won a playoff game. Baker Mayfield had a solid season and in the off-season Cleveland made some big moves to improve a defense that only ranked 21st in the league last season in points allowed.

These teams met in the playoffs last season at Kansas City where the Browns put up a fight in a 22-17 loss.

The Browns covered the spread in the playoff game at Arrowhead Stadium last season and the road team in 4-0 ATS in the last four meetings between these teams.

The Browns come into this season opener with a loaded team on both sides of the ball but with some question marks as well. Mayfield was legit last season and in the second half was one of the better QB’s in the league. Last season he passed for 202 yards with a TD and a pick in the loss to the Browns on only 5.5 yards per reception.

Jarvis Landry led the team last season with 840 yards but one of the big questions is if Mayfield can gel with a healthy Odell Beckham Jr.

Cleveland is still a run first team that has one of the best RB duos in the league in Nick Chubb (1,067 rushing yards) and Kareem Hunt (841 rushing yards 304 receiving yards).

The Browns return all 11 starters on offense and they will face a KC defense that ranked 10th in the league last season in points allowed and is legit up front and in the secondary.

Mahomes had another great season in 2020 and in 2021 has his main weapons in TE Travis Kelse and WR Tyreek Hill, who each had at least 1,276 receiving yards last season.

In the backfield RB Clyde Edwards-Helair had over 1,100 yards from scrimmage and while he had some troubles with running lanes last season that may not be the case this season. Kansas City gave G Joe Thuney a big contract and LT Orlando Brown Jr. was their first-round draft pick.

Myles Garrett had 12 sacks last season and the safety duo of Grant Delpit and CB Greedy Williams are healthy after missing all of last season. The Browns shelled out some dough in the off-season adding DE Jadeveon Clowney, DE Takkarist McKinley, and S John Johnson and with their first-round pick took CB CB Greg Newsome.

The new look defense will have to step up against Mahomes in this big AFC game. While the game in the playoffs was close last season the Browns could not get the W even knocking Mahomes out of the game.

The Browns are 4-1 ATS in their last 5 games as a road underdog and the Chiefs only covered the spread in two of their last 11 games. Still, KC has covered in their last four Week 1 games and that trend will continue. Mayfield will play well and the Browns’ D will give Mahomes some problems, but the Chiefs have way too many offensive weapons and in the opener, they will win and cover.