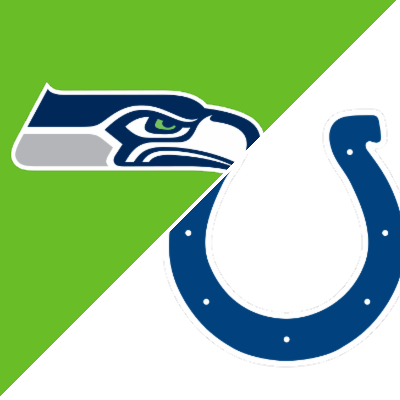 The Colts and Seahawks made the playoffs last season and Indy is hoping big free agent addition Carson Wentz can play in the season opener.

The Seahawks are a 2.5-point road favorite in this non-conference matchup with a total of 49.5. The public has really backed Seattle, as they opened as a 2.5-point underdog and as of September 7 are now a 2.5-point favorite.

The big question for the Colts is will Wentz play? He returned to practice and was optimistic for playing even coming off off-season surgery. A few days back he was placed on the COVID-19 protocols list but tested negative. If he can go it will be a huge boost for the team and he looks to get over the orst season of his career.

The Seahawks head into the season with high hopes, yet again, with Russell Wilson under center. He was in the MVP debate for a while last season and passed for a season high 40 TD. The team made some solid additions in the off-season but both the defensive and offensive lines are concerns.

These teams have not played since the 2017 season. The Seahawks have failed to cover the spread in their last five games as a road favorite.

Wilson Will Be On the Move

Wilson will be playing behind a suspect offensive line and face a Colts team that has star All Pro DT DeForest Buckner and that used their first and second round draft picks to take edge rushers. Still, Russell is at his best on the run and last season Seattle led the league in percentage of pass plays by a wide margin.

Carlos Hyde is gone but Chris Carson rushed for 681 yards, Wilson rushed for 513 yards, and Rashaad Penny is healthy and will get some touches.

The Colts ranked a respectable 10th in the league last season in points allowed. There are no glaring holes on the defensive side of the ball and the secondary has to play well in this game, as Wilson will likely air it out often.

Wentz is coming off a bad last season with the Eagles but at least for the Colts will be playing behind one of the best offensive lines in the league. If he cannot go in this opener Jacob Eason will get the start.

Last season rookie Jonathan Taylor was solid rushing for 1,169 yards with 12 TD and bruising third-down RB Nyheim Hines combined for seven TD on the ground and in the air.

The Seahawks made a big splash in the off-season trading for star SS Jamal Adams and the team also signed DT Robert Nkemdiche to bolster the pass rush. Seattle will have two new cornerbacks starting after last season where Seattle struggled against the pass.

I think Wentz will go in this game and play pretty well behind an offensive line, which is one of the best in the league. The Colts have the run game and the defense while the Seahawks have Wilson. Look for Indy to force him to make some mistakes and while will have a big game in a close one the Colts will, at least cover the spread as a home underdog.