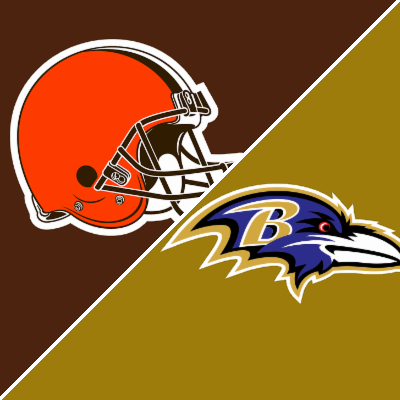 The Browns have won two of their last three games and while there is still a lot of football to be played this Sunday night AFC North matchup with the Ravens is huge.

The Ravens are a 3.5-point home favorite in this division affair with the total sitting at 46. Surprisingly, the public has been betting on the Browns, as they opened as a 4.5-point underdog and as of Thursday are a 3.5-point dog.

This is the first game between these teams this season and they meet again in their next game in December after a bye week. Baltimore is 8-3 ATS in their last 11 games facing Cleveland.

In their last game the Browns were at home and while they won it was not an impressive win beating the winless Detroit Lions 13-10. The defense held the Lions to only 245 yards and they rushed for 184 yards but they also gave up 168 yards, which is concerning facing the Ravens, who rank third in the NFL in rushing yards.

The Ravens were on the road in their last game without star QB Lamar Jackson, but they still got the 16-13 win over the Chicago Bears. Baltimore was outgained but they scored 10 points in the fourth quarter and had the game-winning TD with only 22 seconds left.

The D and Chubb Have to Step Up

Baker Mayfield was back on the field in the last game after missing the previous one die to injury and he is really banged up. He has a shoulder, foot, and knee injury and while questionable he will play in this game. Should he? In the win over the Lions his injuries were noticeable and he only passed for 176 yards with one TD and was picked twice.

Mayfield has a decent WR corps and a couple of good TEs in David Njoku and Austin Hooper but the Browns need to run the ball and play good D to play to their strengths.

After missing one game Lamar Jackson (2,447 yards 14 TD 8 INT) will be back for this big division clash. He has five TD and three INT in the last three games but also leads the team with 639 rushing yards.

Jackson will have to shoulder the offensive load passing and running the ball. WR Marquese Brown and TE Mark Andrews each have at least 696 receiving yards and Brown missed the last game and while listed as questionable he did return to practice this week.

Myles Garrett leads the league with 13 sacks and he and the Cleveland D line have to keep Jackson in check and that is no easy task.

Mayfield is banged up all over and Chubb will be facing a solid Baltimore run defense. This game does not match up well for the Browns on either side of the ball. Mayfield will not be able to take advantage of a struggling Baltimore secondary and Chubb will not have a big game against the Ravens’ run D. Because of that and with Jackson back the Ravens are the pick to win and cover at home.