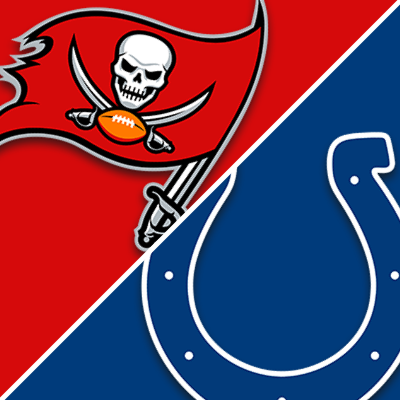 The Bucs snapped their two-game skid in their last game and head to the nation’s heartland to face a Colts team that is coming off a very impressive win.

Oddsmakers have the Bucs as a 3-point road favorite in this non-conference game with a total at 53. The public has slightly backed Tampa Bay in this game, as they opened as a 2.5-point favorite and as of Thursday are a 3-point favorite.

The Bucs had no problems in their last game where they were at home and beat the New York Giants 30-10. Tom Brady had two TD passes, the Bucs outgained the Giants 402 yards to 215 yards, and they force three turnovers.

The Colts finally beat a good team in their last game and were they ever impressive in crushing the Buffalo Bills 41-15 and that game was on the road no less. Indy only had 59 more total yards but they forced four turnovers and did not commit any and they rushed for 264 yards.

These teams met last in the 2019 season and the Colts are 4-0-1 ATS in their last five games facing the Bucs.

After four picks in two losses Brady only had one INT to go along with two TD in the last win over the Giants. He has the second most passing yards in the NFL, ranks third in QBR, and in the last five games he has not been sacked in four of them including the last two.

Brady has all the weapons with Chris Goodwin and Mike Evans each with at least 679 receiving yards and Rob Gronkowski, 71 yards in the last game is back, but Antonio Brown is listed as doubtful.

Leonard Fournette (521 yards 4 TD) had two straight games of 81 rushing yards but in the last three games only has 108 rushing yards.

Indy ranks near the middle of the pack in both passing and rushing defense but they have only given up 32 points in their last two games.

The Colts have won three in a row and five of their last six games and they are now only two games back of the Titans in the AFC South.

One of the main reasons for the Colts recent success is the play of RB Jonathan Taylor. He leads the NFL in rushing yards, killed it with 185 yards and four TD and a receiving TD in the last game, and he has rushed for over 100 yards in five of the last six games including the last three.

Carson Wentz (2,484 yards 18 TD 3 INT) has not put-up big numbers in the last two games but he has not been picked off in the last three games and ranks a legit 12th in the NFL in QBR.

While the Bucs are 0-5 ATS in road games this season look for that to change. They have one goal in this game and that is to contain Taylor and I look for them to do a good job of that behind their top-ranked run defense. Brady will be Brady and play well and the Colts will play good D but Wentz will not pass the test of carrying the offense with Taylor not having a big game, which is why Tampa Bay is the pick to win and cover.