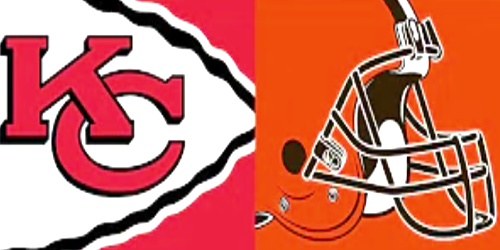 The Browns won their first playoff game in over 25 years last week and head to Kansas City where they are big underdogs facing the Chiefs. The Chiefs are a 10-point favorite in this AFC playoff game with the total sitting at 57.

The Browns beat the Steelers 48-37 in the Wild Card round where they scored on a fumble recovery for a TD only seconds into the game and never looked back.

While the Chiefs lost their season finale they had already secured the top seed in the AFC, which earned them a bye this week. Patrick Mahomes is an MVP candidate and leads an offense that ranks first in the league in passing yards per game and sixth in points per game.

The Chiefs did not look great in the second hanf of the season with many close games and their offense did not light it up. The team has failed to cover the spread in seven of their last eight games including their last two.

The Browns are 5-2 ATS in their last seven games facing the Chiefs.

Outgained, But Not Outplayed

In the Browns 48-37 win over the Steelers they were outgained 530 yards to 390 yards but jumped out to a 28-0 first quarter lead and forced five turnovers while not committing any.

Cleveland had four INT in the Pittsburgh win and whole they stuffed the run only giving up 52 rushing yards they gave up 501 passing yards. The Browns have to play better pass D against the Chiefs and Mahomes, who only had six INT on the season.

On offense the Browns were balanced with Baker Mayfield passing for 263 yards with three TD and no INT and the team rushed for 127 yards.

Nick Chubb rushed for 72 yards averaging 4.2 yards per carry in the Steelers game. Cleveland is a run-first team and Chubb and Kareem Hunt have to play well to move the chains and keep the Chiefs’ offense off the field.

Mayfield has to avoid the turnover facing a KC defense that had 16 INT on the season.

The Chiefs had a bye last week and in their last game of the season, which was a 38-21 loss to the Chargers, the team rested key players including Mahomes.

Mahomes passed for 4,740 yards with 38 TD and 6 INT on the season and was only sacked 22 times. He has a wealth of options in the pass game and stars TE Travis Kelse and WR Tyreek Hill each had at least 1,276 receiving yards and combined for 26 TD.

Clyde Edwards-Helaire led KC with 803 rushing yards averaging 4.4 yards per carry and has been limited in practice recovering from an ankle injury.

Myles Garrett and Olivier Vernon combined for 21 sacks on the season and they not only need to pressure Mahomes but not allow him out of the pocket to make plays.

The Browns have failed to cover the spread in their last four games following an ATS win. On the other side of the coin, the Chiefs are 4-1 ATS in their last five home playoff games.

The Browns gave up a ton of yards in their last game but also forced five turnovers. Look for the first thing to happen again but not the second. Mahomes and company will blow out of the gates early and the Browns will not be able to keep up. Cleveland will get their points as well but their D will have issues trying to contain the KC offense. This game will be a high-scoring one, which is great for the Chiefs, who will win and cover even giving 10 points.