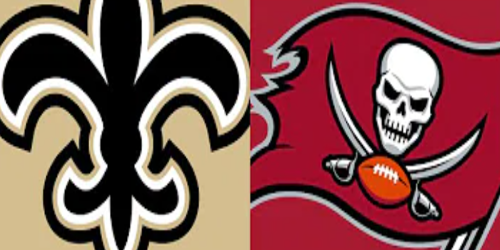 It is hard to beat a team three times in a season but that is what the Saints look to do to get to the NFC title game. The Saints are a 3-point favorite in this game with a total of 52.

The public has slightly backed the Bucs in this NFC playoff game, as they opened as a 3.5-point underdog and as of Thursday are a 3-point dog.

The Bucs beat the Washington Football team 31-23 in the Wild Card round and the team has won five in a row. However, they lost to the Saints in the season-opener in the Big Easy and were crushed by them at home losing 38-3 in the middle of the season.

The Saints played solid D in their 21-9 playoff win last week against the Bears. The team has only given up 16 points in their last two games and will face a Tom Brady and a Tampa Bay offense that is clicking and has averaged 35.8 ppg in winning their last five games.

The Bucs’ defense was not great in the win over Washington last week and in the two games facing the Saints this season have given up 34 points and 38 points respectively.

The Saints have covered the spread in their last five home games against the Bucs.

Third Time is the Charm?

The Bucs look to take down the Saints after losing the two games during the regular season.

Tom Brady had a great season in his first one with Tampa passing for 4.633 yards with 40 TD and 12 INT. However, he did not play well in the two losses to the Saints failing to pass for over 239 yards in each game and had five INT.

Brady has many weapons and Mike Evans, who had over 1,000 receiving yards, is getting closer to 100% recovering from a knee injury. The offensive line has to protect him and they gave up three sacks in each of the two losses to New Orleans. They also gave up three sacks last week against a Washington team that has a great pass rush.

The Bucs rushed for 86 yards in the first game against the Saints and only eight in the second game. Ronald Jones Jr. led the team in rushing yards on the season but did not carry the ball in the Washington game and he has not practiced this week with a quad injury. If he cannot go Leonard Fournette will get the call and last week rushed for 93 yards on 19 carries.

Defense Must Step Up

While the Saints’ offense is obviously key in this game their D may be more important. They shut down Brady and company the last time facing them, but this is the playoffs and the Tampa Bay offense is clicking.

Brees passed for 265 yards with two TD and no INT in the win last week over the Bears and Alvina Kamara rushed for 99 yards. Star WR Michael Thomas had five catches for 73 yards in his first game back after missing three with an ankle injury.

Kamara did not have big games facing Tampa this season but containing him is still vital for the Bucs.

Tampa gave up 269 passing yards to Washington and only allowed 86 yards. However, they only had two sacks and gave up some big passing plays.

The Bucs are only 1-4 ATS in their last five games as a road underdog. However, the Saints have failed to cover the spread in five of their last six playoff games as a favorite.

The Bucs did not look good in their two losses to the Saints this season, but they will turn things around in this game. I look for Brady to continue his strong play and avoid the INT, which he did not do in the two losses to New Orleans. This will be a close game but the Bucs will not only cover but get the win as well and advance to the NFC championship game.