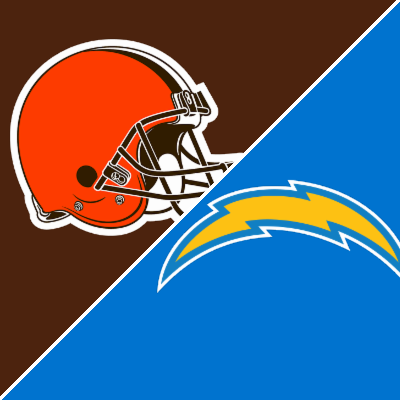 The Browns are 3-1 and head to La La Land to face another 3-1 team in the Chargers.

The Chargers are a slight 1.5-point home favorite in this AFC clash with the total sitting at 47. While the total has gone down a point and a half since opening the spread has not changed as of Thursday.

In their last game the Browns were on the road and beat the Minnesota Vikings 14-7 for their third straight win. The offense was not clicking and Baker Mayfield did not play well but the defense got the job done.

The Chargers were at home in their last game on Monday night and beat the Las Vegas Raiders 28-14 handing them their first loss of the season.

While the Browns have covered the spread in six of their last seven games facing the Chargers these teams have not met since the 2018 season.

In the win over the Vikings the Browns held them to only 255 yards and 65 rushing yards and after giving up a TD in the first quarter shut them out the rest of the game. While Mayfield did not play well and missed several open WRs the team rushed for 184 yards.

Mayfield (935 yards 2 TD 2 INT) only ranks 26th in QBR and he has been sacked eight times in the last two games. While the team has four players with at least 104 receiving yards RB Kareem Hunt leads the team with 121 receiving yards.

The Browns are the top rushing teams in the league and Nick Chubb, who rushed for 100 yards in the win over Minnesota, ranks second in the NFL in rushing yards. Hunt has rushed for 234 yards and both he and Chubb are averaging over five yards per carry.

The Chargers have a solid pass defense and a good pass rush led by Joey Bosa and while they only rank 29th in the league in rush defense they only gave up 48 rushing yards in their win over the Raiders. The big matchup in this game may be the Browns rushing attack against the Chargers’ run defense.

Herbert is Becoming THE Man

Justin Herbert (1,178 yards 9 TD 3 INT) is not going through any type of sophomore slump and has seven TD and no INT in the last two games. He ranks 11th in the league in QBR and passed for 222 yards with three TD in the win over the Raiders.

Mike Williams and Keenan Allen have combined for 600 receiving yards and five TD. The Chargers’ offensive line has only allowed seven sacks and have a tall task facing Myles Garrett and a Cleveland pass rush that is tied for the second most sacks in the league.

Austin Ekeler (283 yards 2 TD) rushed for 117 yards in the win over Las Vegas while he did not rush for over 57 yards in the first three games.

The Cleveland defense has been solid against the pass and the run and has a great pass rush and pressuring Herbert will be vital in this AFC affair.

I think the Browns are slightly the better team and they have a better defense. While on the road the Chargers don’t have much of a fan base and there seem to be more fans for visiting teams in L.A. The Cleveland defense will rattle Herbert and while he will play well, he will make some mistakes. I look for the Browns to lean heavy on the run and play good D, which is why they are the pick in this game.