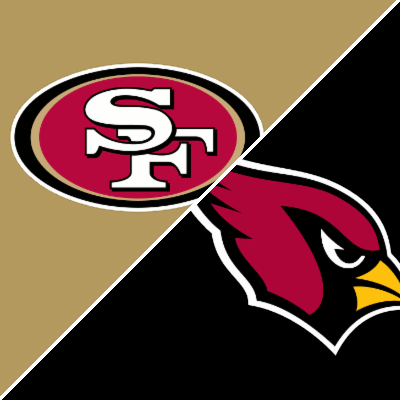 The 49ers have lost their last two games and head to the desert to face the lone undefeated team in the NFL in the Cardinals.

Last season these teams split the two games facing each other with each winning on the road.

The 49ers dropped their second game in a row in their last one falling to the Seattle Seahawks 28-21. The team has given up 58 points in their last two games and starting QB Jimmy Garoppolo is listed as questionable with a calf injury.

The Cardinals were more than impressive in their last game where they were on the road and beat the L.A. Rams 37-20 handing them their first loss of the season. Arizona is balanced on offense, ranks first in the league in ppg (35 ppg), and Kyler Murray is an early season MVP favorite.

Is It Lance Time?

With Jimmy G a question mark Trey Lance, who the 49ers traded up to take with the third pick in the last draft, may get his first career start. When he came in for Garoppolo in the loss to the Seahawks he was 9 for 18 for 157 yards with two TD and no INT and also rushed for 41 yards. If Lance plays and plays well Jimmy G may not get his starting gig back.

Even with the San Fran RB corps hit hard by injuries they still rank 12th in the league in rushing yards per game. Elijah Mitchell still leads the team with 146 rushing yards while missing the last two games but he may come back in this one.

The 49ers have to hold onto the rock, as while they outgained Seattle last week 457 yards to 234 yards they committed two turnovers and did not force any.

Arizona’s weakness on D has been against the run but can the 49ers take advantage of that. The Cardinals have a good pass defense and a solid pass rush led by Chandler Jones, who ranks second in the NFL with five sacks.

Kyler Murray has emerged as a legit MVP candidate passing for 1,273 yards with 9 TD and 4 INT and ranks third in the league in both QBR and passing yards. In the win over the Rams he passed for 268 yards with two TD and no INT and also rushed for 39 yards.

Arizona has a very deep WR corps with four players with at least 211 receiving yards led by A.J. Green (248 yards 2 TD). He has revitalized his career in the desert and in the last two games has 179 receiving yards while only having 69 in the first two games.

The Cardinals’ run game has also been solid led by Chase Edmunds (255 yards) and James Connor (172 yards). Murray ranks third in the team with 109 rushing yards.

San Francisco has a good defense but they are giving up too many big plays, which is Murray’s specialty. They have to keep Murray in the pocket and not allow him to get out of it to make plays, which is a tall task to say the least.

The road team is 7-2-1 ATS in the last 10 games between these division rivals.

The Cardinals are for real, as they have only played one bad team in the Jaguars. Murray is playing great and the run game and defense have also played well.

However, I am going out on a limb in this one taking the 49ers, as I think Lance will have a big debut and San Fran will get back to their bread and butter playing good defense. I not only think the 49ers will cover but I think they will get the win as well.