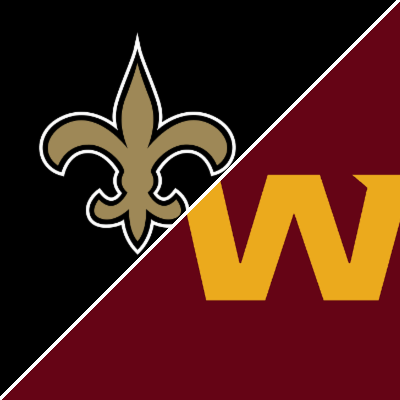 In an NFC matchup between a couple of teams sitting at 2-2 the Washington Football Team plays host to the New Orleans Saints.

The Saints are a slight 2-point road betting favorite in this game with the total sitting at 44.5. The public has bac ked the Saints in this game so far, as they opened as a 1-point favorite and as of Wednesday are a 2-poiint favorite.

New Orleans has failed to cover the spread in six of their last seven meetings with Washington but these teams have not met since the 2018 season.

In their last game the Saints lost to the previous winless New York Giants 27-21 in OT. The team gave up 485 total yards in the loss and the passing offense continues to struggle.

In Washington’s last game they were on the road and evened their record with a 34-30 win over the Atlanta Falcons. The team had a balanced offensive attack and came away with a win even though they allowed the Falcons to convert 10 of 16 third downs.

Good Thing for the Run

Jameis Winston (613 yards 8 TD 2 INT) does rank fourth in the league in QBR and in the loss to the Giants passed for 226 yards with a TD and no INT and it was his first game with over 148 passing yards. Deonte Harris leads the Saints with only 164 receiving yards and Marquez Callaway (107 yards) is the only other player with over 100.

Alvina Kamara has rushed for 297 yards and 209 in the last two games but he does not have a TD, his pass-catching numbers are way down, and he is only averaging 3.8 yards per carry.

One thing New Orleans has going for them is they will be facing a Washington defense that has been a big disappointment so far on the season.

What’s Up With the D?

Last season the Washington defense was one of the best in the league but this season they have struggled, big time. They have not defended the pass or the run well, have been bad on third down, and rank third to last in the NFL giving up an average of 30.5 ppg.

The defensive line of The Football Team is littered with first round picks including last season’s Defensive Rookie of the Year Chase Young, who does not have a sack and only has 15 tackles in four games.

The main reason Washington is .500 is the play of unheralded QB Taylor Heinicke (960 yards 8 TD 3 INT), who passed for 290 yards with three TD and no INT in the win over the Falcons last week. Washington does have an emerging start with their main WR in Terry McLaurin (354 yards 3 TD), who has at least 107 receiving yards in two of his last three games.

Antonio Gibson leads the team with 253 rushing yards and is averaging 5.3 yards per carry.

While Washington will run the ball Heinicke may be the key guy, as he will face a New Orleans pass defense that gave up over 400 yards in the air in the last game.

The Washington defense has been pretty bad this season but for some reason I think they will turn it around in this game. They will get to Winston and force him into some mistakes and they will keep New Orleans from rushing for a ton of yards.

Heinicke will play well and The Football Team will get it done on the ground as well at home. I see a close one here, as Washington will make some errors like usual but they will not only find a way to cover the short spread but get the win as well.