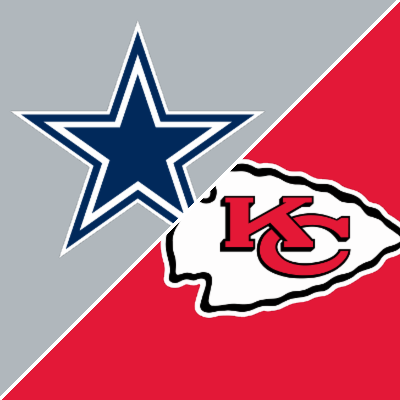 After a humiliating loss at home to the Broncos the Cowboys were back at home in their last game where they laid a 43-3 beat down on the Atlanta Falcons. The offense was legit and the defense was stellar holding Matt Ryan to 117 yards and picked him off twice.

After wondering what happened to the Chiefs all season NFL fans saw what we are used to seeing in their last game where they throttled the Las Vegas Raiders 41-14 on the road. The team racked up over 500 yards and the rest of the league is hoping that does not continue for the second half of the season.

These teams met last in the 2017 season.

Getting Back on the Horse

After the Cowboys were dominated on both sides of the ball in a bad loss to the Broncos, they turned the tables and were the dominant team in their blowout win over the Falcons last week.

Dak Prescott passed for nearly 300 yards in the Atlanta win with two TD and no INT and he has seven TD and two INT in the last three games where he has only been sacked twice.

While America’s team also has a solid RB duo in Ezekiel Elliot 663 7 TD) and Tony Pollard (445 yards 1) they have not been running the ball well as of late. Elliot has not rushed for over 51 yards in his last three games where in two he failed to average over 3.1 yards per carry.

The Kansas City D had a horrible first few games but have only given up 35 points in winning their last three games. On the season their stats are still not good only ranking 23rdin the NFL in pass defense and 18th in run defense.

The sleeping Giant awoke last week with the Chiefs looking like the dynamic team of the last three seasons.

In the blowout win over the Raiders Patricvk Mahomes passed for 406 yards with five TD and no INT, Travis Kelse and Tyreek Hill combined for over 200 receiving yards with two TD, and while RB Darrel Williams only rushed for 43 yards, he had 101 receiving yards and a score.

Mahomes ranks second in the league in passing yards and while the picks killed him for the first several games, he has not had one in the last two games.

Dallas played great pass defense in their win over Atlanta but that unit still only ranks 21stin the league and they will surely be tested by Mahomes and company in this big game.

The Cowboys have covered the spread in their last four road games while the Chiefs have failed to cover in 10 of their last 11 home games. Too bad for fans of America’s Team that those trends will not continue.

Prescott may play well and the Cowboys will get their points but I look for last week to kickstart KC’s season, where they will be the team we are used to seeing, which is dynamic and putting up a lot of points. The Chiefs will light it up, big time, with Mahomes having another big game and KC will win and cover to extend their winning streak to four games.