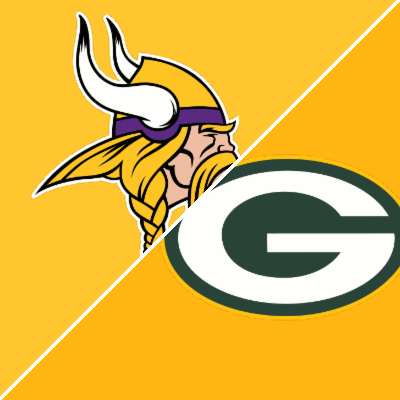 The Packers got Aaron Rodgers back in their last game but the defense was the star in a big win while the Vikings snapped their two-game skid in a win to get within one game of .500.

The Packers are a 2.5-point road favorite in this NFC North game with a total of 49. The total has gone down a half a point since opening but the spread has not changed as of Wednesday.

The Packers were at home in their last game and killed it on defense in a 17-0 win over the Seattle Seahawks. The team only gave up 208 yards and forced two turnovers and Rodgers passed for nearly 300 yards.

In their last game the Vikings were on the road and got a big 27-20 win over the L.A. Chargers. The team outgained the bolts 381 yards to 253 yards and Kirk Cousins led the balanced offense with two TDs.

This is the first game between these division rivals this season and last season they split the two games with each winning on the road. In nine of the last 13 games between these teams the Underdog has covered the spread nine times.

The Defense has Stepped Up

While Rodgers gets most of the press in Green Bay, especially lately with the whole COVID-19 issue, the defense has been the star of the team ranking third in the NFL only giving up an average of 18 ppg. They pitched a shutout in the last game and in their last five games the team has only given up an average of 11.6 ppg.

The Packers may put a nail in the coffin for the NFC North in this game, as they are 8-2 and the Vikings are in second place at only 4-5.

Rodgers (2,186 yards 17 TD 4 INT) may hear the boos in this game in his first one on the road since the COVID-19 issue that he caught a lot of flak for. While he played pretty well in the shutout win over Seattle (292 yards 0 TD 1 INT) he did not have a TD after having seven in his previous three games.

Davante Adams (864 yards 3 TD) had 78 yards in the win over the Seahawks and the RB duo of Aaron Jones and AJ Dillion combined for 123 receiving yards. Dillon led the team in rushing yards with 66 but only averaged 3.1 yards per carry. He will likely have to man the backfield with Jones doubtful with a knee injury.

Minnesota’s D has been up and down on the season but they were solid in the last game. However, while they rank a respectable 14th against the pass they only rank 28th against the run.

The Vikings really needed the win against the Chargers to stay in the playoff picture. They also need a win in this game, as if they lose they will be out of the NFC North race and whole still in the Wild Card they will need to catch fire.

Cousins (2,434 yards 18 TD 2 INT) has put together a pretty good season under the radar and has eight TD and no picks in his last four games.

Minnesota’s offense ranks ninth in the league in both passing and rushing yards per game. They will be facing a Green Bay defense that has played great as of late and ranks third in the league in pass defense and 13th in run defense.

Even without Jones I think the Packers will be ok with the likes of Rodgers, Dillon, and Parker and their D will continue to get it done. Cousins will play well but Green Bay will keep him from making big plays down the field. Minnesota will give the Packers a game at home and this game will be back and forth but with Rodgers and the D, Green Bay is the pick to win and cover.