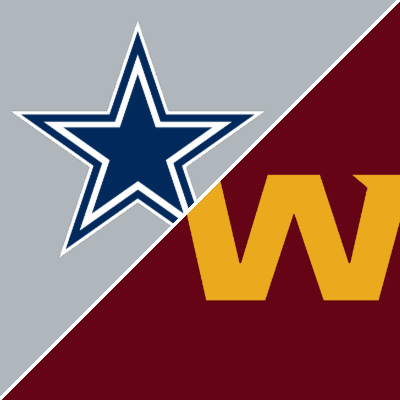 Washington has caught fire winning four in a row and they play host to a Cowboys team in a rivalry game where they likely need to win to have a chance to repeat as NFC East champions.

The oddsmakers are not giving the hot Football Team much love, as they are 4-point home underdogs with the total sitting at 48. The public has backed Washington, so far, as they opened as a 4.5-point underdog and as of Wednesday are a 4-point dog.

In their last game the Cowboys beat the depleted New Orleans Saints on the road 27-17. While their defense forced four interceptions and they rushed for 146 yards they were only 2-13 on third down and allowed the Saints to rack up over 400 yards.

Washington won their fourth in a row in their last game where they were on the road and beat the Las Vegas Raiders. The team played solid defense, scored 10 points in the fourth quarter, and kicked the game-winning field goal with 37 seconds left while using their fourth kicker of the season.

This is the first meeting of the season between these rivals and they meet again in Week 15 in Dallas. The Cowboys are 5-2 ATS in their last seven road games facing Washington.

Dak and Health are Key

The Cowboys are getting healthy for their playoff push and Dak Prescott also has to play better. America’s Team had lost two in a row before winning their last game but in those three games Prescott only has three TD to go with three picks.

Ezekiel Elliot is one of the players banged up but, on the mend, but he has still failed to rush for over 45 yards in the last four games and in all of them failed to average over 3.6 yards per carry.

Amari Cooper (624 yards 5 TD) came back in the last game after missing three with an injury and Prescott always is better with him in the lineup. DeeDee Lamb (829 yards 6 TD) has at least 89 receiving yards in two of the last three games.

Dallas will be facing a Washington defense that has turned things around after a terrible start and on the season, they rank 30th in pass defense and third in run defense.

D Has Been Big

In the Washington four-game win streak their defense has only allowed an average of 17.5 ppg and they have only given up 15 points in each of the last two games.

Taylor Heinicke (2,809 yards 18 TD 11 INT) has been making key plays late for Washington the last four games where he has seven TD and only two INT.

Antonio Gibson (800 yards 5 TD) has nearly 300 rushing yards in the last three games and while he has been a key contributor, he has only averaged 3.8 yards per carry in the last two games.

Terry McLaurin leads the team with 808 receiving yards but Washington has been spreading the wealth around in the passing game as of late. Still, he has a TD catch in the last two home games facing the Cowboys.

The Cowboys only rank 28th in the league in pass defense but a respectable 14th in run defense.

The home team has covered the spread in five of the last seven games between these rivals and look for that trend to continue.

Washington has won four in a row where their defense has been more than solid and Heinicke has made the big play when needed to. Prescott has been less than impressive as of late and while he will play well in this one, I do not see him getting much help. Washington will play the ground game well and run the ball well and their defense will keep the Cowboys in check. I look for a close game in this one and Washington will, at least cover the spread, and I think they will get the W as well.