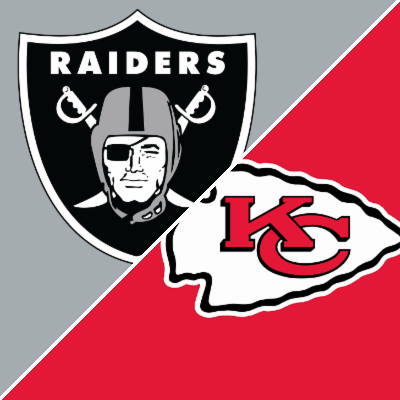 The Raiders have lost four of their last five games and head to Kansas City to face a Chiefs team that has won five in a row.

The Chiefs are a 9.5-point home favorite in this AFC West matchup with a total of 48. While the total has gone down a half a point the spread has not changed since opening as of Wednesday.

The Raiders were at home in their last game losing to the Washington Football Team 17-15. They allowed Washington to score 10 points in the fourth quarter and while they had the lead late they could not stop the Football Team from marching down the field and kicking a 48-yard game winning field goal with only 37 seconds remaining.

The Chiefs won their fifth in a row in their last game where they were at home and beat the Denver Broncos 22-9. It was another solid effort from the defense while Patrick Mahomes and the once dynamic offense has not been the same as the last two seasons.

One game where Mahomes did look like the old Mahomes was a few weeks back facing the Raiders in Sin City where he passed for five TD in a 41-14 Chiefs blowout win. KC is 4-1 ATS in their last five home games facing the Raiders.

Offense Needs to Get Back on Track

In the Raiders’ one win in their last five games, they scored 36 points while in the four losses they averaged 14.5 ppg.

Derek Carr did not have a TD or an INT in the last loss to Washington and in the last five games only has five TD to go with four INT.

WR Hunter Renfrow and Darren Waller have combined for over 1,400 receiving yards this season. Renfrow has over 100 receiving yards in the last two games and Waller missed the last game with an injury and is questionable to face the Chiefs.

Josh Jacobs (472 yards 7 TD) has been decent as of late but must step up in this game, as he is the main back with Kenyon Drake lost for the season last week with an ankle injury.

The KC defense has played great in the last five games after a terrible start and overall they rank 24th in the NFL against the pass and 20th against the run.

Good Thing for the D

With Mahomes not being the guy we are used to seeing it is good the defense has turned things around. After being less than impressive in a few games the D has only given up an average of 11.2 ppg in the last five games.

Since passing for five TD in the blowout win over the Raiders Mahomes has no TD and a pick in each of the last two games. Tyreek Hiill and Travis Kelse are two of the bigger stars in the league and in the last two games neither has combined for over 100 receiving yards.

Clyde Edwards-Helaire (421 yards 1 TD) is back off the IR and rushed for 54 yards in the last game.

The aura of the KC offense is still there but has not shown up on the field. Still, they that offense was there in the last game facing the Raiders and this Sunday will be facing a Las Vegas defense that has been decent against the pass but has struggled against the run.

The Raiders are going through a second-half collapse like last season and not surprising will all the issues they have dealt with. KC has not looked like the killer team of the last few seasons but they have won five in a row and their defense has been fantastic. Chris Jones has been unlockable up front and the KC pass rush will make things hard for Carr. Mahomes will be ok but, once again, the Chiefs’ defense will be the reason the team wins and covers the spread.