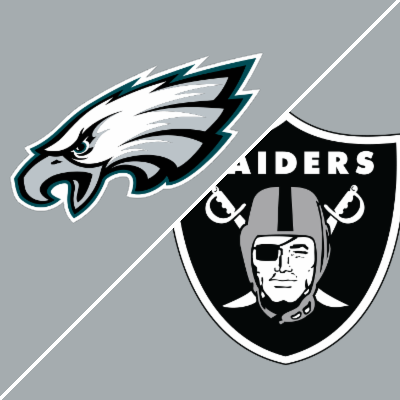 The Eagles are sitting on two wins and coming off a loss and head to Sin City to take on a Raiders team that snapped a two-game skid in their last game.

The Raiders are a 3-point home favorite in this non-conference game with a total of 49. While the total has gone up a point and a half since opening, as of Thursday the spread has not changed.

In their last game the Eagles were at home and lost to the Tampa Bay Buccaneers 28-22. The team scored two TD to keep it pretty close after going down 28-7 in the third quarter and they only had 213 total yards while nearly giving up 400 yards.

The Raiders snapped their two-game skid with a 34-24 win over the Denver Broncos in their last game, which was their first since Jon Gruden resigned after the email scandal. They gave up over 400 yards but won by double digits forcing four turnovers and not committing any.

While the Raiders are 4-1 ATS in their last five games facing the Eagles they have not met since the 2017 season.

Is Hurts the Guy For Eagles?

Jalen Hurts is in his first year as a starter for the Eagles and he only ranks 29th in the league in QBR. He has passed for 1,480 yards with 8 TD and 4 INT but in the last two games has not passed for over 200 yards and has one TD and two picks.

Hurts also leads the team with 300 rushing yards and Miles Sanders has 270 yards. Sanders has played pretty well in the last two games but is not seeing a lot of touches as the lead back.

DeVonta Smith and Quez Watkins have combined for 656 receiving yards but have only combined for a grand total of one TD.

The Raiders rank a solid 10th in the league in pass defense but only 25th in run defense and you can be sure they will see a lot of ground action in this non-conference matchup.

The Raiders were in a bad situation losing two in a row and then losing Gruden but they showed resolve in their win on the road against Denver in their last game.

Derek Carr (1,946 yards 10 TD 4 INT) ranks second in the NFL in passing yards and was solid in the win over the Broncos with 341 yards with two TD and no INT.

Carr has a great WR corps with four players with over 300 receiving yards led by Henry Ruggs II (445 yards 2 TD).

Look for Jacobs and Drake to get a lot of touches against the Eagles, as they only rank 28th in the NFL in run defense while ranking fifth in pass defense.

Las Vegas is a good team and while their rushing offense has struggled this season, they will put it together in this game. Carr will play well but Las Vegas will look to pound the rock on the ground and be successful doing it. Hurts simply does not have a lot of weapons and while he has been decent the Eagles are two games under .500. I look for them to put up a fight but the Raiders have too much talent and they will win and cover at home.