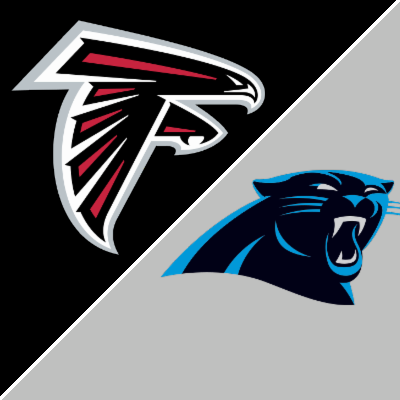 The Panthers have lost two in a row and recently fired their offensive coordinator and host the Falcons, who have lost three of their last four games. With both teams at 5-7 it is pretty safe to say the loser of this game will not make the playoffs.

The Panthers are a 2.5-point home favorite in this NFC South matchup with a total of 42.5. The public has backed the Falcons in this game, as they opened as a 3-point underdog and as of Wednesday are a 2.5-point dog.

In their last game the Falcons were at home and lost to the Tampa Bay Buccaneers 30-17. Atlanta played well on offense and stuffed the run on defense but could not contain Tom Brady, who passed for 368 yards and four TD.

The Panthers are coming off a bye week and in their last game dropped their second game in a row in their last game in a bad 33-10 loss to the Miami Dolphins. Not only did the team fire their OC but now star RB Christian McCaffrey is out for the season on IR with an ankle injury.

Earlier this season in Atlanta the Panthers beat the Falcons 19-13. However, the Falcons have covered the spread in four of their last five road games against the Panthers.

Matt Ryan (2,914 yards 16 TD 11 INT) nearly passed for 300 yards in the last game with no TD and no INT after not passing for over 190 yards in three games. He only ranks 20th in the league in QBR and in the three losses in the last four games has only led Atlanta to 20 points.

The WR corps is banged up and TE Kyle Pitts and RB Cordarrelle Patterson are the team leaders in receiving yards. Russell Gage had 130 yards in the last game and like Ryan he needs to play well since the WR corps has been a major issue this season with health and lack of production.

Patterson has come on strong in the last two games rushing for 186 yards and he only had 35 rushing yards in the loss to Carolina this season.

The Panthers have a solid young defense and while one of the best against the pass they only rank 17th against the run.

Can Newton Turn Back the Clock?

After a solid debut for the Panthers after rejoining them mid-season he was terrible in the game being yanked after going 5-21 with no TD and two INT. Now he has more on his shoulders with McCaffery out and he needs to turn back to the clock and move the chains with his arm and legs.

Chubba Hubbard (427 yards 3 TD) is the team’s second leading rusher but he only has 36 yards in the last three games and is averaging a paltry 3.5 yards per carry.

DJ Moore (854 yards 4 TD) leads the WR corps and had over 100 yards in the last game. His play will be key since the next leading WR on the team is Robbie Anderson with only 288 yards and he only has 84 receiving yards in the last five games.

The Falcons rank 18th in the NFL in pass defense and 22nd in run defense and their pass rush has been less than stellar to say the least.

The Falcons have covered the spread in nine of their last 12 games facing the Panthers and look for that trend to continue. Both QBs in this game need to turn back the clock and while Carolina has the better defense, I look for Ryan to be that guy. Newton will struggle again with not much of a run game to back him up while Ryan will get some help from Patterson. In what I see being a very close game the Falcons will, at least, cover and I look for them to win as well.