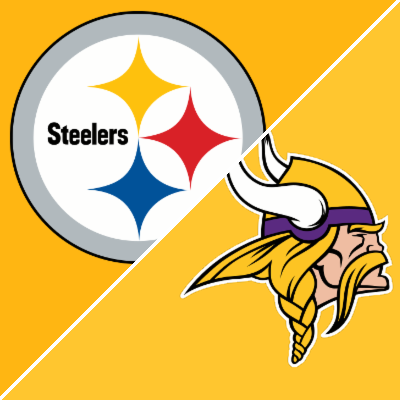 On Thursday night the Steelers head to the Land of 10,000 Lakes to face a Vikings team that is coming off a bad loss and badly needs a win to keep their playoff hopes alive.

The oddsmakers have the Vikings as a 3-point home favorite with the total sitting at 44.5. The pubic has backed the Steelers in this game, even on the road, as they opened as a 3.5-point underdog and as of Tuesday are a 3-point dog.

In their last game the Steelers were at home and beat the Baltimore Ravens 20-19. The team stopped a game-winning two-point conversion with only seconds left and scored 17 points in the fourth quarter to get the W and snap their two-game skid.

The Vikings were on the road in their last game and lost to the Detroit Lions where they allowed them to score a TD on an 11-yard pass on the last play of the game to give their first win of the season. Minnesota allowed 20 points in the second quarter and had poor play calling in a game that would have gotten them to the .500 mark.

After giving up exactly 41 points in two losses in a row the Pittsburgh defense only gave up 19 points in their last game against the Ravens, who have a legit offense. The Steelers were only outgained by five yards they forced the game’s only turnover.

Ben Roethlisberger (2,758 yards 16 TD 6 INT) had two TD and no INT in the win after tossing two picks in the previous game. Diontae Johnson and Chase Claypool had over 150 combined receiving yards and Johnson has 306 receiving yards over the last three games.

Najee Harris (778 yards 5 TD) already has over 1,000 yards from scrimmage this season and while he rushed for 71 yards in the last game it was the third straight game, he failed to average over 3.4 yards per carry.

Big Ben and company will be facing a Minnesota defense that ranks 23rd in the NFL in pass D and only 29th in run D.

The Vikings not only gave the Lions their first win in the last game but played poor defense and failed to come after the QB, which came back to bite them on the last play.

Minnesota is sitting at 5-7 and they need a win in this game, as they are out of the NFC North race and they are on the outside looking in on the NFC Wild Card.

Kirk Cousins (3,353 yards 25 TD 3 INT) has played well on the season and has 11 TD and only one Int in the last five games. A banged-up Dalvin Cook had been playing well before the last game where he only rushed for 29 yards.

Justin Jefferson has the second most receiving yards in the league (1,209 yards) but Adam Thielen (686 yards) is doubtful for the game and the offensive line will have a tall task facing T.J. Watt, who leads the NFL in sacks, and an up-and-down Pittsburgh defense.

Speaking off the Steelers’ defense, overall, they rank in the middle of the pack against the pass and while only ranking 27th against the run that unit played well in the last game.

You know, the Vikings are 4-1-1 ATS in their last six Thursday night games and look for that trend to continue.

I think the Vikings have the talent to go far if their defense can get it done. Cousins has been more that solid but he has not gotten much help and Cook will have a solid game to do just that this Thursday. Big Ben will be ok but the Vikes will play the run well at home and, as a whole, not be a defensive liability. Minnesota will show the goods at home in primetime and they will win and cover.