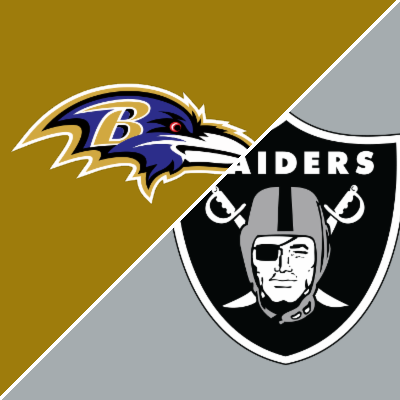 In the opening Monday night game in Sin City the Raiders host the Ravens in an AFC matchup.

The Ravens made the playoffs last season and star QB Lamar Jackson finally won a playoff game. He did not have an MVP season like 2019 but still played well and Baltimore heads into the season with a great run game and a more than solid defense.

The Raiders were a .500 team last season and have not made the playoffs since Jon Gruden came back to the team. Derek Carr had a solid comeback season and the offense should be ok but the defense will be key. Las Vegas added 13 new players on a defensive unit that only ranked 30th last season in points allowed.

These teams have not faced each other since the 2018 season. The home team has covered the spread in seven of the last nine meetings.

Last season Jackson became the first QB to ever rush for 1,000 yards in two straight seasons. The Ravens were the top rushing team in the league last season but while Gus Edwards (723 rushing yards) is available J.K. Dobbins (8-05 rushing yards) recently tore his knee and is out for the season. The team has brought in some backs to work out but none will likely see action in this game.

After early playoff exits in the last three seasons the Ravens will look to air it out more this season. WR Marquise Brown (769 receiving yards) and TE Mark Andrews (701 receiving yards) are back in the fold, the team signed Sammy Watkids, and used their first-round pick on WR Rashod Bateman.

The Raiders will have a new look defense with the many new additions highlighted by Yannick Ngakoue, who is one of only five players since 2016 to have over 40 sacks and over 15 forced fumbles. FS Trevon Moehrig was taken in the second round and the young secondary is still a concern. The team really tried to bolster their D up front since last season Vegas had the third fewest sacks in the NFL.

The Enigma of the Raiders

The Raiders have talent and a new defense but the team has also whiffed on many draft picks and Gruden still has not made the playoffs in his second stint with the team.

Carr was very good last season setting a career high in passing yards and had a TD to INT ratio of 3:1. While he has a star TE in Darren Waller (1,196 receiving yards) the team lost leading WR Nelson Agholor. Last season’s first round draft pick Henry Ruggs has to step up and new addition John Brown looks to regain past form after missing much of last season.

Josh Jacobs mans the run game and while rushing for over 1,000 yards last season he only averaged 3.9 yards per carry. Las Vegas made a great off-season move bringing in Kenyon Drake, who rushed for 955 yards last season with the Arizona Cardinals.

The Raiders have their work cut out for them facing a Baltimore defense that ranked second in the NFL last season in points allowed. They signed Justin Houston, who has at least eight sacks in each of the last four seasons but did not make any other big moves.

The Ravens have covered the spread in seven of their last eight games while the Raiders have failed to do so in five of their last six games. Look for those trends to continue. Jackson and the Ravens will run the ball at will and their defense will keep the Las Vegas offense in check. I do not see a very close game here with the Ravens winning and covering the spread.