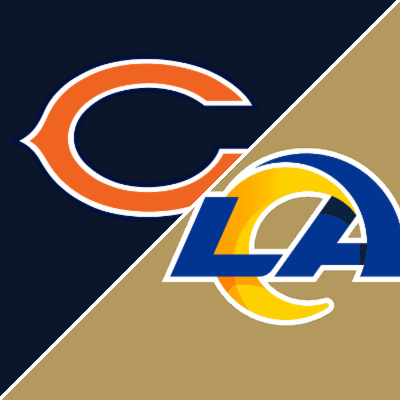 The Bears head to La La Land for the season opener facing a Rams team that has a ton of expectations with new starting QB Matthew Stafford.

Not only do the Rams have a new starting QB but the Bears are as well going with Andy Dalton, who is the bridge signal caller with 11th pick in the draft waiting in the wings. Dalton takes over a team that only ranked 22nd in the league in points scored and the D regressed last season ranking 14th in points allowed.

The Rams went all-in trading for Stafford to lead them back to the Super Bowl. He has the talent but never had a great team in Detroit and while he has never even won a playoff game there is a lot of hype for the team.

While L.A. still has NFL Defensive Player of the Year DT Aaron Donald and two-time All-Pro CB Jalen Ramsey, they lost some key players on the defensive side of the ball.

These teams met in the middle of last season in L.A. where the Rams beat the Bears 24-10. The home team has covered the spread in the last six games between these teams.

Dalton has some weapons and the Bears have a legit run game but the offensive line is a concern after struggling last season. They did not do much to address that issue besides drafting OL Teven Jenkins in the second round.

Not only did the Rams lose several key players on the defensive side of the ball but also their defensive coordinator. Still, with Donald up front and Ramsey in the secondary the team’s defense should be a good one again.

Stafford comes to L.A. with a lot of pressure to get the team back to the Super Bowl. He passed for over 4,000 yards last season with 26 TD and 10 INT. WR’s Cooper Kupp and Robert Woods each had at least 936 recieivng yards last season, the team signed big play but oft-injured DeSean Jackson and with their first draft pick (#57) selected Tutu Atwell.

Darrell Henderson Jr. is the lead back after Cam Akers was lost for the season with an injury and last season rushed for 624 last season and the team signed Sony Michael to play alongside him.

LB Khalil Mack only had 7.5 sacks last season and he needs to rebound and lead the pass rush, which is not strong in the Windy City. In the secondary the team did make a solid addition in Desmond Trufant but lost Kyle Fuller and that may be a big blow. If the secondary and pass rush struggle in this game the Bears will be in for a long night.

The Bears are only 1-4 ATS in their last 5 games as a road underdog while the Rams are 8-3-1 ATS in their last 12 games as a home favorite. Look for those trends to continue. I see Stafford having a great debut while the same cannot be said about Dalton. With the issues Chicago has in pass defense and pass rush Stafford will light them up, which is why the Rams are the pick to win and cover even giving 7.5 points.