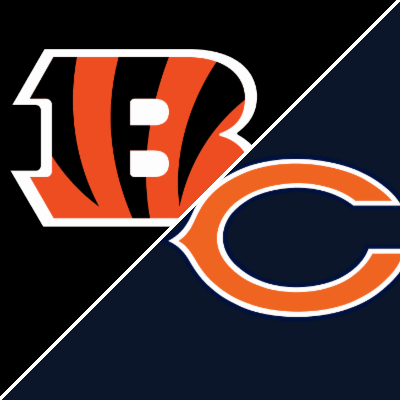 The Bengals came up with a solid Week 1 win over the Vikings and can they make it 2-0 against the NFC North facing the Bears in the Windy City?

The Bengals were at home in their season opener beating the Vikings 27-24 in OT. Cincy had a balanced attack on offense and while they gave up over 400 yards and almost gave up a 10-point lead they came out with a W.

The Bears had a less than stellar season opener where they were on the road and lost to the L.A. Rams. The stellar defense of Chicago seems to be a thing of the past and Andy Dalton did not have a great go of it in his debut with the team.

The road team is 3-1-1 ATS in the last five meetings between these non-conference teams.

In the win over the Vikings in Week 1 the Bengals had 217 passing yards and 149 rushing yards and they held Minnesota to only 67 yards. The last fact is impressive, as the team was facing Minnesota RB Dalvin Cook, who ranked second in the NFL last season with over 1,500 rushing yards.

Joe Burrow was back under center after missing much of last season with a knee injury and he was 20 for 27 for 261 yards with two TD and no INT. However, he was sacked five times.

Rookie and first round draft choice Ja’Marr Chase had as great NFL debut with 101 receiving yards and a TD. Joe Mixon had a down 2020 but rushed for 127 yards and a TD in the win over the Bears.

While the Bears only gave up 74 rushing yards in the bad loss to the Rams, they gave up 312 passing yards and only had one sack. Star Khalil Mack only had one tackle in the game and no sacks and he needs to bounce back to get the Bears’ defense back on track.

Is Dalton the Guy?

Even after Week 1 Chicago fans are wondering if Dalton is the guy to lead them. He only passed for 206 yards with no TD and a pick in the bad loss to the Rams and rookie Justin Fields came in and was 2 for 2 for 10 yards. The team drafted Fields, who fell to them, in the first round and if Dalton struggles again there may be a new sheriff in town in Chi-town.

In the loss the Rams David Montgomery did have 101 rushing yards. Allen Robinson has had two straight seasons with over 1,200 receiving yards but only had 35 in the loss to the Bears.

Chicago needs to run the ball and when they pass it go to Robinson. The Bengals did not defend the pass well but defended the run well, which suits them in this game facing a Chicago squad that does not have the most dynamic aerial attack.

Cincy did have three sacks in the last game and if their up-front guys can get in the backfield the Bears are in trouble.

Burrow and Cincy will play well in this one and I think the Bears are in trouble. The silver lining is Fields will get in this game and play the next few but in Week 2 the Bengals will not only cover in Chicago but get the win as well.