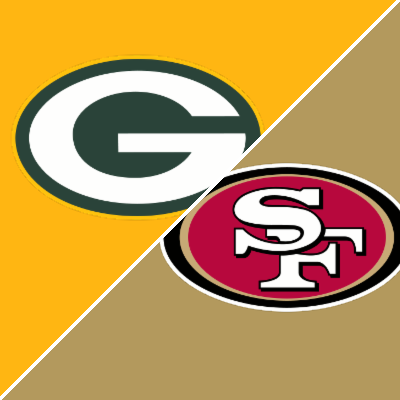 The rematch of the 2019 NFC title game takes place Sunday night in San Fran where the 2-0 49ers host the 1-1 Packers, who won their last game after getting throttled in their season opener.

The 49ers are a 3.5-point home favorite in this NFC affair with the total sitting at 49.5. As of Thursday the spread has not budged.

The Packers were at home in their last game and beat the Detroit Lions 35-17. The team got off to a slow start but outscored the Lions 35-17 and forced the game’s only turnovers but were outgained (344 yards to 323 yards). Rodgers played well but there are still questions if his heart is in the game and with the Packers.

The 49ers moved to 2-0 on the season with a 17-11 slugfest win on the road facing the Philadelphia Eagles. The game, where the 49ers were outgained, was a defensive battle until the fourth quarter when San Fran outscored Philly 10-6.

These teams met last season at San Francisco, who were without the injured Garoppolo, where the Packers beat the 49ers 34-17. The favorite has covered the spread in four of the last meetings between these teams.

Packers Still Have a Lot to Prove

While Green Bay won their last game they were at home and playing the Lions, who nothing is expected from this season. It is only Week 3 but a win out west facing a solid 49ers team can put the Packers on course and a loss will only bring up more question marks.

In the win over the Lions Rodgers was 22/27 for 255 yards with four TD and no picks but was sacked three times. Star WR Davante Adams had 121 receiving yards and RB Aaron Jones had three TD catches.

While Jones had his TDs and had 48 yards, he also rushed for 67 yards but only averaged 3.9 yards per carry. He will face a San Francisco run defense that gave up 151 rushing yards in their last game.

Nick Bosa has three of the five sacks for the 49ers and the Green Bay offensive line has their issues and cannot let him and the pass rush in the backfield.

It was not the prettiest game in the 17-11 win over the Eagles but a win is a win.

Jimmy Garoppolo  has played pretty well on the season with Trey Lance looking over his shoulder and in the win over Philly he passed for 189 yards with a TD and no INT. Deebo Samuel leads the league in receiving yards after two games and had 93 yards in the win over the Eagles while the next leading target only had 21.

Elijah Mitchell rushed for 42 yards to lead the 49ers last week but only averaged 2.5 yards per carry after rushing for 104 yards in the season opener.

Green Bay only had one sack in the win over the Lions but their run defense was pretty good and their pass D came up with a pick.

I think this is the game that Rodgers looks forward to in showing he is still one of the top QBs in the league. The reigning MVP will play great in prime time on Sunday night and light up the 49ers secondary. However, the run game will not get much and the Green Bay D will not be good against the run. This game will be close and while the Packers may not win, even though I think they will, they will at least cover the spread.