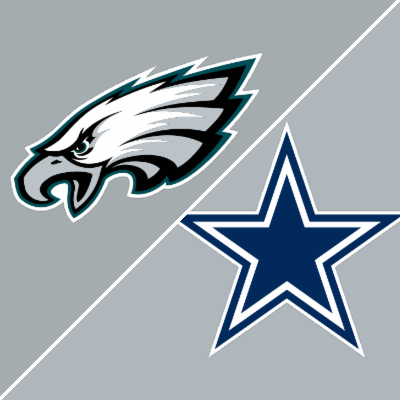 The Cowboys opened as a 3.5-point favorite with a total of 51.5 and as of Friday the spread and total have not changed.

The Eagles were at home in their last game and lost a slugfest to the San Francisco 49ers 17-11. The team outgained San Fran and rushed for 177 yards but after opening the game with a field goal in the first quarter were held scoreless until a little over four minutes left in the fourth quarter.

The Cowboys were in L.A. in their last game nailing a 56-yard game winning field goal with no time left to beat the Chargers 20-17. America’s Team racked up 419 yards, including 198 rushing yards, and they forced two turnovers.

Last season these two teams split the two games facing each other with each winning at home. The Cowboys have covered the spread in five of their last seven games facing the Eagles and are 4-1 ATS in their last five meetings against them in the Big D.

Get Back to Scoring

After putting up 32 points in their season opener the Eagles only scored 11 in their last game. The team had quite a few scoring opportunities but could not cash in.

Quez Watkins had 117 receiving yards including a 91 yards reception but after the Eagles could not punch it in from the one-yard line and lost the ball on downs. Jalen Reagor hauled in a 38-yard TD pass but stepped out of bounds negating the score and the Eagles cannot miss out on scoring chances against the Cowboys.

The Eagles will be facing a Dallas defense that did give up over 400 yards in their last game but only gave up 17 points. Hurts should have time to make plays facing a Dallas pass rush that only has two sacks through two games.

Good Start and Clutch D Gets It Done

In their 20-17 win over the Chargers in their last game they scored 14 points in the first quarter and while their offense could get nothing until the game-winning field goal their defense came up big when it matters and held L.A. to 5/12 on third down.

Dak Prescott passed for 237 yards with no TD and a pick and CeeDee Lamb had 81 receiving yards to lead the team.

Tony Pollard was big in the game rushing for 109 yards and Ezekiel Elliot had 71 rushing yards and a TD and caught two passes for 26 yards.

The Eagle’s defense has given up 23 points in their first two games but they only have three sacks. Their run D has been pretty good and that will be key in this game. In the Cowboys first game they failed to run the ball well with Prescott having a big game and they lost. The Cowboys need to establish the run and if Philly can thwart them on the ground and make Prescott beat them, they have a much better chance to win.

The Eagles have failed to cover in six of their last seven road games while Dallas has covered in five of their last six games overall and in both games this season.

I hate to go with the Cowboys in this one, as a Washington fan, but have to. They have a better QB in Prescott and a better run game, which I think will get it done in this NFC East affair. Hurts will play pretty well but he cannot do it all, like last game showed, and he will come up short. I see a close one here but at home Dallas will win and also cover the spread.