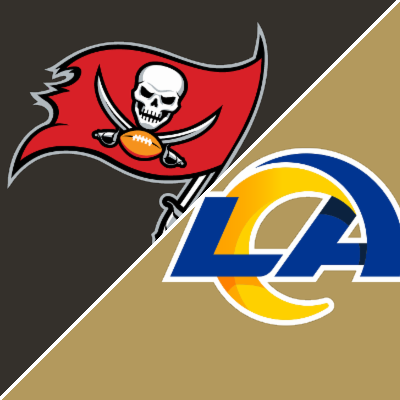 The Bucs head to La La Land in an early season game that many think may be a preview of the NFC title game.

The Bucs are a 1.5-point road favorite in this big game with a total of 56. The public has really backed Tampa in this one, as they opened as a 2-point underdog and as of Thursday are a 1.5-point favorite. Yeah, big swing.

In their last game the Bucs were at home and beat the Atlanta Falcons 48-25. Tom Brady had another good game but the defense has issues and the game was close until Tampa blew it open in the fourth quarter outscoring the Falcons 20-0.

The Rams were on the road in their last game beating the Indianapolis Colts 27-24. Matt Stafford was not as good as he was in Week 1 but was solid and the Rams held on after knocking Carson Wentz out of the game.

These teams met last season in the Sunshine State where the Rams beat the Bucs 24-7. The Rams have covered the spread in six of their last seven meetings with Tampa Bay.

Brady is 44 and having a great season so far where he has nine TD, ranks fifth in the league in passing yards, and is leading an offense that has scored 79 points in two games.

In the win over Atlanta in the last game Brady passed for 276 yards with five TD and no INT but was sacked three times. Mike Evans and Chris Godwin combined for 137 receiving yards and three TD and while Rob Gronkowski only had 39 receiving yards, he had two TD.

Tampa does have some issues on offense, as the run game only ranks 30th in the league in rushing yards per game. Leonard Fournette led the team with 52 yards averaging 4.7 yards per carry in the win over the Falcons.

The Rams’ defense gave up 354 yards in the win over the Colts. Aaron Donald and Jalen Ramsey are the stars of the defensive unit and can they knock the GOAT off his perch with the embarrassment of riches he has? Big question.

This game facing the Bucs will be a big test for the Rams and their two wins have come against teams that are a combined 0-4.

In the win over the Colts Stafford passed for 278 yards with two TD and a pick and was only sacked once. Cooper Kupp was big with 163 receiving yards and the and the Rams and their solid WR corps will be a handful for a Tampa Bay pass defense that gave up nearly 300 passing yards in the last game.

Darrell Henderson Jr. and Sony Michel combined for 99 yards in Week 2 and their play will be key, as if the Rams can run the ball, it will help keep Brady and the dynamic offense of Tampa on the sidelines. However, easier said than done, as while the secondary for the Bucs have been an issue their run defense has only allowed 115 rushing yards in the first two games.

The Bucs are 4-0 ATS vs. a team with a winning record and the Rams are 6-2 ATS in their last eight home games.

L.A. is 0-7-1 ATS in their last 8 games as a home underdog but they have not been a home dog in a while. Still, I look for that trend to continue. Brady is playing lights out, has a ton of weapons, and the run defense has been solid. I look for Stafford to play big and to keep his team in the game but they will not come out with a W. The GOAT will continue to amaze this Sunday out west and the Bucs will win and cover the short spread.