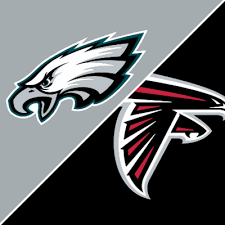 The Eagles and Falcons only won four games last season and they face off in the battle of the birds in Atlanta in the season opener.

The Falcons are a 3.5-point home favorite in this game with the total sitting at 48. The total has gone a tad since opening but the line has not changed as of September 7.

The Eagles were a mess last season with Carson Wentz having a terrible campaign and Jalen Hurts is now THE guy in the City of Brotherly Love. Nick Sirianni is the new head coach for the team that only ranked 26th in the league last season in points scored and 20th in points allowed.

The Falcons also have a new head coach and while the team only had four wins last season many of their losses were close ones. Matt Ryan is back and has the weapons in the passing game but new players in the backfield. The main issue for the team last season was a pass defense that ranked dead last in the NFL.

The Falcons have covered the spread in four of their last five home games facing the Eagles, who they last met in the 2019 season.

Hurts passed for 1,061 yards with six TD and four INT last season and while he showed some solid play he only completed 52% of his passes. He was given a new weapon, who he is familiar with the Eagles using their first-round pick on Heisman winning WR DeVonta Smith, who played with Hurts at Alabama. WR Travis Fulgham and TE Dallas Goedert were the team’s leading targets but they missed eight combined games due to injuries and first round pick Jalen Reagor also missed five games.

Miles Sanders was on the few bright spots for the Eagles last season rushing for 867 yards in 12 games. Boston Scott and newcomer Kerryon Johnson will also see touches and new head coach Sirianni likes pass-catching backs so these guys may be a big worry for the Atlanta defense.

The Atlanta defense is decent up front and they have to pressure Hurts in order to take pressure off the secondary. That secondary was retooled in the off-season with the team brining in the safety duo of Duron Harmon and Erik Harris and Richie Grant was the team’s second round pick.

Not only do the Falcons have a lot of new faces on the field but also have a new head coach and offensive and defensive coordinator.

Ryan passed for the fourth most yards last season. Star WR Julio Jones is gone after an injury marred 2020 campaign but Calvin Ridley, who ranked tied for fifth in the league in receiving yards (1,374) and Russell Gage (771 receiving yards) return. Atlanta used the fourth pick in the draft to select TE Kyle Pitts, who has a lot of hype seen as a generational talent.

One big question in this game is can the Eagles pass rush take advantage of a suspect Falcons’ offensive line that gave up 41 sacks last season?

Mike Davis and Cordarrelle Patterson are the two new top RB’s and Davis was solid last season for Carolina with 642 rushing yards and 373 receiving yards.

The Eagles’ defense struggled against the run last season but the pass defense was ok. That pass defense is vital in this game facing Ryan and Fletcher Cox and Brandon Graham, who combined for 14.5 sacks last season, will be counted on to get to Ryan in the backfield.

There are some experts that think that Atlanta may be a team that will bounce back this season. That remains to be seen but that will not show in this game. The Eagles pass rush will get to Ryan and keep him from having a big game. Hurts will play well even though he will be on the run often. I look for a pretty close game in this one and while the Eagles may not win, they will cover getting 3.5 points.