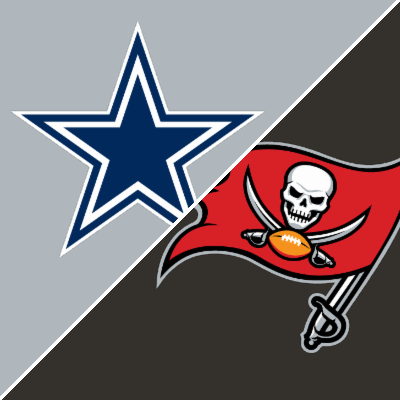 The defending champion Buccaneers are stacked once again and in the Thursday night NFL opener host a Cowboys’ team that has the talent but a lot of question marks as well.

The Bucs are a 7.5 home favorite in the season opener with a total sitting at 51.

The Bucs won it all last season, which is why they did not make many moves in the off-season. They locked up some key players with new contracts and last season the team was balanced ranking third in the NFL in points scored and a legit eighth in points allowed.

Tampa Bay is just behind the Kansas City Chiefs for the second-best betting odds to win the Super Bowl.

The Cowboys have Dak Prescott back but is he over his foot and shoulder injuries? That is a big question and a couple of others are can Ezekiel Elliot bounce back from the worst season of his career and can the defense, which ranked 28th in points allowed last season, get it done?

These teams did not face each other last season but the Bucs have covered in their last four games facing America’s Team.

Prescott is back from missing most of last season and the Cowboys finally gave him a big contract. He has all the weapons with the likes of the WR trio of Amari Cooper, CeeDee Lamb, and Michael Gallup, who combined for 225 receptions for 2,892 yards and 15 TD last season.

Elliot was playing well last season until Prescott went down and teams focused on stopping him. With Prescott back he should get more lanes to run but has a tall task against a solid Tampa Bay run defense that only gave up an average of 3.6 yards per carry last season.

Like Prescott the entire offensive line was banged up last season but they are now healthy. They are vital in this game, as they have to open up the run lanes and protect Prescott in the pocket. They have to block the LB duo of Devin White and Jason Pierre-Paul, who combined for 18.5 sacks last season.

The Old Man is Back

Tom Brady led the Bucs to the Super Bowl win last season even though he played through a knee injury. He had surgery in the off-season and last season ranked third in the NFL in passing yards.

The offensive line is a great for Tampa and the run game is legit with Ronald Jones and Leonard Fournette.

Last season the Cowboys’ defense was downright bad and gave up the most points in franchise history. They missed some key players due to injury. The team used their first and second round picks on defensive players and also made some nice off-season additions adding safeties Damontae Kazee, Jayron Kearse snd LB Keanu Neal.

LB Micah Parsons was the first-round pick and he looks to help the Dallas run defense as well as a pass rush that only had 31 sacks in 16 games last season. It is no secret that pressuring Brady is the key to beating him but can the Cowboys crack the more than solid Tampa Bay O-line?

I think the Prescott is back and poised for a big season and the Cowboys will be pretty good but not nearly as good as the Bucs. Tampa Bay has nearly the same team that won it all last season and the GOAT under center. They will come out firing in this game and I look for them to get it done on both sides of the ball and easily win and cover the spread.