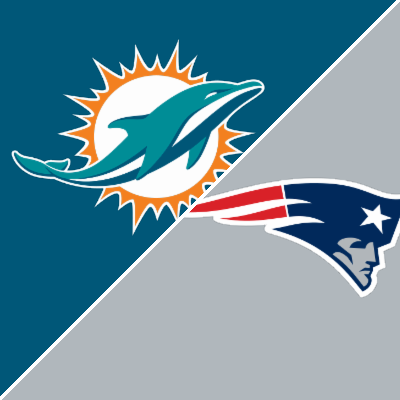 The AFC East heats up right off the bat in the season opener with the Dolphins hosting the Patriots and their rookie QB.

The Patriots are a 2.5-point home favorite in this division matchup with a total of 43.5. The public has slightly backed the Pats in this game since they opened as a 2-point favorite, which is now 2.5 as of September 7.

The Dolphins won 10 games last season and they hope with a fully healthy Tua Tagovailoa they can end their 20-year playoff drought. Miami gave him a couple of weapons in the off-season and the team is hoping the defense can play like last season when they ranked sixth in the NFL in points allowed.

The Patriots come into the season with rookie QB Mac Jones as the stater with the team releasing former MVP Cam Newton.

The team spent over $120 million in the off-season signing tight ends Hunter Henry and Jonnu Smith and receivers Nelson Agholor and Kendrick Bourne. The team is hoping Jones and the new guys can improve an offense that only ranked 27th last season in points scored.

Last season these teams split the two games with each winning at home.

The Patriots have covered the spread in eight of their last nine home games against the Dolphins.

Tagovailoa is 100% healthy and has a lot of pressure on him this season. Last season he showed some flashes and in 10 games passed for 1,814 yards with 11 TD and five INT. He only averaged 181 passing yards per game last season and he will have to improve on that with a run game that may be an issue.

Miami’s WR corps may be much better this season, as they signed Will Fuller V and with the sixth pick in the draft took Jaylen Waddle. DeVante Parker and Preston Williams are back so Tua has the weapons on the outside.

Miles Gaskin led the fish with 584 rushing yards last season and the team signed the RB duo of Malcolm Brown and Salvon Ahmed.

While the weakness of the New England defense was stopping the run in the off-season they added Davon Godchaux, Henry Anderson and Montravius Adams. Dont’a Hightower is also back after opting out of the last season and the Pats brought back Kyle Van Noy. The secondary should be strong again led by star CB Stephon Gilmore and fellow CB J.C. Jackson had nine INT last season.

The Rookie Gets the Call

Mac Jones fell to the Pats with the 15th pick of the draft and with the release of Newton he will be thrown into the fire right away. The many new weapons should ease his transition but he is still a rookie.

Damien Harris led New England last season with 691 rushing yards but the second and third leading rushers in Newton and Sony Michel are both gone. James White will be counted for a bigger role running the ball and catching it out of the backfield.

While Miami had a solid defense last season, they lost Van Noy to the Pats and can they lead the league in picks again? Emmanuel Ogbah and Jerome Baker combined for 16 sacks last season and while getting to the rookie QB is important it will be hard to do facing the New England offensive line, which is one of the best in the game.

Tua will be decent but the New England defense will get to him and the secondary will make plays. The Pats’ D will be the key in this game and the main reason the team will win and cover at home.