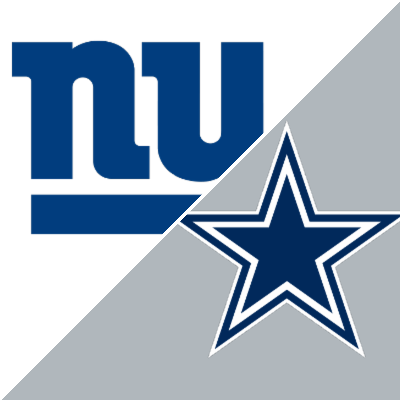 The Cowboys are hot winners of four in a row and they play host to the division rival Giants, who are coming off their first win of the season.

America’s Team is a 7-point home favorite in this NFC East affair with a total of 52. Little surprising, as the public has backed New York in this game, as they opened as a 7.5-point underdog and as of Thursday are a 7-point dog.

Last season these teams split the two-game series with each winning at home.

The Cowboys have covered the spread in six of their last eight games facing the Giants.

The Giants were in the Big Easy in their last game and notched their first win of the season with a 27-21 OT win over the New Orleans Saints. They scored the last 17 points of the game and Daniel Jones passed for 402 yards with two TD and a pick.

The Cowboys won their third in a row in their last game beating the Carolina Panthers at home 36-28. The team scored 36 points and racked up 433 yards and rushed for 245 yards against a Carolina team that came into the game with the league’s top-ranked defense.

This is a make-or-break year for Daniel Jones and he has played well passing for 1,184 yards with four TD and one INT. He also leads the Giants with 144 rushing yards.

Saquon Barkley (186 yards 2 TD) had the game winning TD run in the win over the Saints but is only averaging 3.6 yards per carry and has not rushed for over 57 yards in any game. He is listed as questionable but should go against the Cowboys.

Kenny Golladay (282 yards) leads a decent WR corps and had 116 receiving yards in the win over the Saints. Second leading WR Sterling Shepard (223 yards) missed the last game with a hamstring injury and is listed as questionable facing the Cowboys.

While the Cowboys rank in the middle of the pack in scoring defense, they rank second to last in the NFL in pass defense.

In the win over the Panthers Dak Prescott passed for four TD and was not picked off and Ezekiel Elliot rushed for 143 yards and a TD.

Prescott (1066 yards 10 TD 2 INT) only ranks 15th in the league in QBR but in his last two games has seven TD and no picks. He has a legit WR corps led by CeeDee Lamb and Amari Cooper and TE Dalton Schultz and all three players have at least 201 receiving yards.

Elliot has busted out in the last two games rushing for 95 yards and 143 yards, respectively. While he is a little banged up he will play against the Giants.

While New York has balance on the defensive side of the ball it is not the best balance only ranking 20th both defending the pass and the run.

The Cowboys have covered the spread in all four games this season and the Giants have covered in their last five games facing teams from the NFC East.

I hate to say it as a Washington fan but America’s Team is back. Prescott and Elliot have really played well as of late and lead a team that ranks fourth in the NFL in points per game and has scored 77 points in their last two games.

The Giants are coming off a win and Jones has played pretty well but the team still has issues in the run game and on defense. To the last point look for the Cowboys to exploit that big time, as the Dallas offense will put on another display in this NFC East game where they will win and cover.