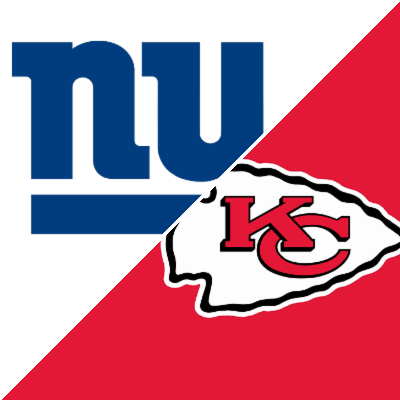 The Giants are coming off their second win of the season and in a Monday night affair they head to Arrowhead Stadium to take on a disappointing Chiefs team.

The Chiefs are a big 9.5-favorite in this non-conference game with the total sitting at 52.5. Kind of shocking that the public has backed New York in this game, as they opened as a 10-point underdog and as of Friday are a 9.5-point dog.

While the Giants have covered in four of their last five games facing the Chiefs, they have not faced them since the 2017 season.

In their last game the Giants took advantage of a struggling Carolina Panthers team beating them 25-3 at home. The defense was the big star of the game holding Carolina to grand total of 173 yards.

The Chiefs fell under .500 in their last game with a bad 27-3 road loss to the Tennessee Titans. KC was outscored 27-0 in the first half and turnovers plagued the team again with a pick and two fumbles.

Can the Giants D Keep It Up?

The Giants shut down the Panthers in their last game but can they do the same on the road against a Chiefs’ team that is coming off their worst game of the season?

Daniel Jones (1,727 yards 5 TD 4 INT) was decent in the win over the Panthers getting over his three INT performance in the previous game.

Jones is also the leading rusher for the team with Saquon Barkley missing the last two games with an ankle injury. It does not look good for his return against the Chiefs, as he missed practice on Friday. He is only averaging 3.6 yards per carry and if he cannot go Devontae Booker and Elijhaa Penny will man the backfield and each of those backs is only averaging 3.2 yards per carry.

While the KC D has taken their lumps this season, they were not bad in the last game shutting out the Titans in the second half and they kept Derrick Henry in check.

Mahomes Puts It Out There

This week star Patrick Mahomes called a team meeting and put the Chiefs struggles all on himself. His teammates responded in a positive manner and is this the game the Chiefs we are used to seeing shows up?

We all know Mahomes has all the weapons but he has been a turnover machine with multiple turnovers in four of his last five games including his last three. He has had to do it all with a lack of a legit run game and lead rusher Clyde Edwards-Helaire is on IR.

Mahomes and the likes of Tyreek Hill and Travis Kelse have to get it going. They will be facing a shorthanded Giants’ team that ranks 13th in the league defending the pass and 24th defending the run.

Interesting that the Chiefs have failed to cover the spread in eight of their last nine home games. Yeah, that trend will not continue.

This game will be a blowout from the get-go. Mahomes and the Chiefs are tired of all the bad press about them and the QB cleared the air this week and it will turn the team around. Look for KC to look like the team that has made the last two Super Bowls, as they will crush the Giants, easily cover the spread, and move to .500 on the season.