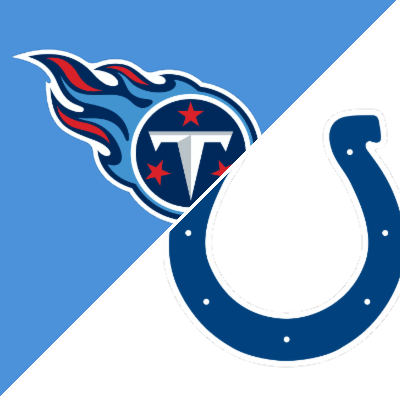 The Titans are coming off a big win and the first-place team in the AFC South heads to Indy to face a Colts team that looks to get to .500.

The Titans are a slight 1-point road favorite in this division matchup with the total sitting at 50.5. While the total has gone down three points the spread has not changed since opening, as of Wednesday.

The Titans were at home in their last game where they crushed the AFC defending champion Chiefs 27-3. The team outscored KC 27-0 in the first half and forced three turnovers.

In their last game the Colts were out west and won their second in a row with a 30-18 win over the San Francisco 49ers. Carson Wenz played well and while the team had two turnovers, they forced four of them.

These teams met in Week 3 this season at Tennessee where the Titans beat the Colts 25-16. The Titans have failed to cover the spread in seven of their last 10 road games facing the Colts.

Not the Best Henry, No Problem

In their win over the Chiefs the Titans took control early and easily won the game even though star RB Derrick Henry did not have a good game.

Henry leads the NFL in rushing by a wide margin and after rushing for over 100 yards in five straight games he only rushed for 86 yards averaging three yards per carry against the Chiefs.

Ryan Tannehill was pretty good in the Chiefs game passing for 270 yards with a TD and an INT and ranks eighth in the league in QBR but in the last four games has three TD and two INT.

A.J. Brown leads the WR corps with 354 yards and he had 133 of them in the last game. Julio Jones ranks second on the team with 301 yards and in the last two games has five catches for 97 yards.

Indianapolis ranks in the middle of the pack in terms of pass defense and run defense. While they have only allowed 18 points in winning their last two games, they did not face a team with a good offense.

The Colts have won two straight but this game is huge for them, as they already lost to the Titans, are one game under .500, and if they lose this game they will be three games back of Tennessee in the AFC South.

Carson Wentz only passed for 150 yards in the last game but it was his fourth in a row where he has two TD and no INT. He is starting to look like the Wentz of old and it has helped he has gotten solid run support and good play from the offensive line.

Jonathan Taylor has rushed for at least 103 yards in two of the last three games including the last two. He is averaging 5.5 yards per carry and he will get a heavy workload this Sunday.

Michael Pittman Jr. has taken over the reigns as the #1 WR for the Colts and had 105 receiving yards and a TD in the win over the 49ers last week.

Tennessee ranks ninth in the league in run defense but only 24th in pass defense. The Colts will look to take advantage of that even though the strength of their offense, so far, on the season has been Taylor and the ground game.

The Titans beat the Colts by nine points in the third week of the season and I look for a closer game this time around. Henry will get back on track and have a big game on the ground. On other side of the coin Wentz and Taylor will play well but Henry will be too much for the Indy defense to handle. This one will be close but take the Titans to win and cover only giving one point.