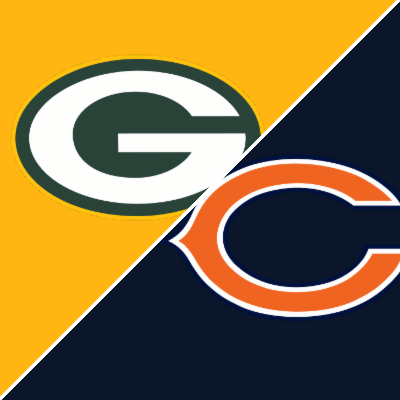 One of the oldest rivalries in the NFL heats up in the Windy City on Sunday with the Bears hosting a Packers’ team that has won four in a row.

The Packers won their fourth in a row in their last game with a crazy 25-22 OT win over the Cincinnati Bengals. Mason Crosby is one of the best kickers in the NFL but missed three field goals before nailing the game winner in overtime.

The Bears were on the toad in their last game where they beat the Las Vegas Raiders 20-9. Justin Fields threw his first NFL TD in the win and the Chicago defense played great for the second straight game.

The Packers beat the Bears handily in both games last season and they have covered the spread in 20 of their last 27 games facing them.

While Aaron Rodgers gets almost all of the press for the Packers their defense only allowed eight points in the second half in their OT win over Cincy last week.

Rodgers (1,241 yards 10 TD 3 INT) passed for 344 yards with two TD and one INT in the win over the Bengals and it was his first pick since throwing two in the season opener.

Chicago ranks 12th in the league in both run and pass defense and both units have been solid in the last two games.

Back to the Chicago D

After regressing last season on defense the Bears’ defense has been better this season and in the last two games, they have only given up 23 points. In the win over the Raiders in their last game they were outgained 259 yards to 252 yards but forced the game’s only turnover and played the run well.

Justin Fields (458 yards 1 TD 2 INT) ranks 32nd in the league in QBR and hurt his knee in the last game but should get the start against the Packers. Darnell Mooney leads the team with 261 receiving yards while #1 WR Allen Robinson II only has 181 receiving yards and has fewer that 36 of them in four of five games.

David Montgomery leads the team in rushing yards but is out a few weeks with an injury. Damien Williams (137 yards) will be the main back in this game and has rushed for 119 yards in the last two games.

Fields and the Bears will be facing a good Green Bay defense that ranks 10th in the NFL in pass defense and 11th in run defense.

The Packers have covered the spread in their last four games while the Bears have only covered in five of their last 16 games facing a team with a winning record.

The Bears’ defense has stepped up in the last two games but can they do it against Rodgers? I would say no. in the two games facing Chicago last season the Packers scored 76 points and I look for them to play well on the offensive side of the football as well.

Chicago will not be able to keep up with Green Bay, as they simply do not have the weapons on offense and Fields is banged up and cannot be relied upon to pass for many yards and out up many points. In this NFC North matchup take Green Bay to win and cover.