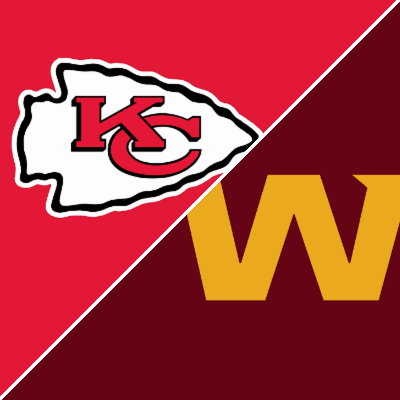 While it is not shocking The Football Team are 2-3 it is that the Chiefs are all as well, and they face off in the Nation’s Capital this Sunday.

Oddsmakers have the Chiefs as a 7-point betting favorite in this non-conference affair with the total sitting at 55.5. The public has backed KC in this game, as they opened as a 6.5-point favorite and as of Wednesday are a 7-point favorite.

While the Chiefs have covered the spread in their last five games facing Washington, they have not faced them since the 2017 season.

The Chiefs fell under .500 in their last game with a 38-20 home loss to the Buffalo Bills. Kansas City had balance on offense but their D was lit up, again, and it was the second time on the season they committed four turnovers and did not force any.

Washington was at home in their last game losing to the New Orleans Saints 33-22. The Football Team had more overall yards and more rushing yards but gave up a hail Mary TD at the end of the half and the defense played poorly again.

Not the Same in the Rematch

The last game for the Chiefs was a rematch of last season’s AFC title game but was not nearly the same in the bad loss. They lost by 18 points but it could have been worse even giving up four turnovers.

Patrick Mahomes has put up solid numbers on the season (1,490 yards 16 TD 6 INT) but has five picks in his last two games. He has all the weapons but has made some bad decisions. Tyreek Hill leads the team with 516 receiving yards but he missed a ball he usually catches in the last game that led to an INT.

Clyde Edwards-Helaire (304 yards 4.7 yards per carry) was injured in the last game and is on IR, meaning he will miss the next three games. Mahomes is the second leading rusher and Darrell Williams will be the main back against Washington and he only has 99 rushing yards this season.

KC and Mahomes have a good chance to rack up the points and yards in this game, as the big question for Washington in this game and for the season has been…

What Has Happened to the Defense?

What is up with the Washington defense? They have Chase Young and many other first round picks, mainly up front, but their D has been bad this season after being great last season. After Week 5 The Football Team only ranks 27th in the league defending the pass and 18th defending the run.

Taylor Heinicke has been ok on the season passing for 1,208 yards with 8 TD and 5 INT but he only ranks 24th in QBR and he has thrown two picks in two of the last three games.

Washington needs some targets to step up for Heinicke, as Terry McLaurin (400 receiving yards 3 TD) has played well but no other player for the team has more than 153 receiving yards.

Antonio Gibson leads the club with 313 rushing yards and while he is getting touches, he has failed to average over three yards per carry in two of his last three games.

You think the Washington defense has played bad? How about KC, as they only rank 28thin the league in pass defense and 29th in run defense. Add Mahomes throwing picks at a record pace it is no wonder the Chiefs are under .500.

Washington’s defense has regressed badly after being superb last season when the team made the playoffs. Their tackling has been terrible and they have given up way to many big plays. A microcosm of their season was in the hail Mary against the Saints in the last game at the end of the first half where no Washington defender even jumped to knock down the ball.

Look I am a Washington fan and I was wrong in picking the Chiefs last week but I will not be wrong this week. The KC defense will continue to struggle and The Football Team will score some points but Mahomes will shred their defense, which is a shell of what it was last season. Take Kansas City to win and cover in this one even giving seven points on the road.