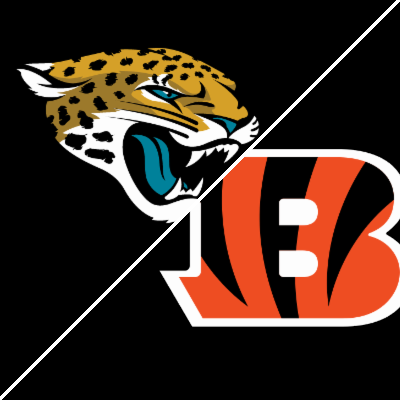 The Trevor Lawrence and Urban Meyer marriage in Jacksonville has produced no wins yet and the 0-3 team heads to Cincinnati on Thursday night to take on a Bengals team that is 2-1 and coming off a big division win.

The Bengals are a 7.5-point favorite with a total of 46 and while the total has gone a half point since opening the spread has not changed as of Monday.

The favorite is 3-0-1 ATS in the last four games between these teams.

The Jags were at home in their last game where they remained winless with a 31-19 loss to the Arizona Cardinals. Jax had a balanced offensive attack and had a 19-10 lead at the end of the third quarter but went scoreless the rest of the way and they had four turnovers.

The Bengals moved to 2-1 on the young season with a big 24-10 win over AFC North for Pittsburgh. The team gave up more yards in the win but forced two turnovers, had four sacks, and only allowed three points in the second half.

These team met in Week 4 last season in Cincinnati as well where the Bengals beat the Jags 33-25.

The Savior Has Been Anything But

Lawrence was supposed to be the savior of the bad Jax franchise but his play so far has been far from stellar. In the loss to the Cardinals, he passed for 219 yards with a TD and two INT and fumbled twice even though he did not lose the rock. Through three games he has seven INT and two lost fumbles and his QBR ranks 30th in the league.

James Robinson rushed for 88 yards and a TD averaging 5.9 yards per carry in his best game of the season. The Jags need to get him the rock more and bring their “franchise” QB slowly but that may be hard against a solid interior defense of the Bengals than only gave up 45 rushing yards last week.

The Jags will be facing a Bengals’ defense that has played well and ranks eighth in the league giving up an average of 18 ppg.

The Bengals were outgained 342 yards to 268 yards in the 24-10 win over the Steelers and they came up with some clutch defensive plays even though allowing Pittsburgh to convert nine of their 19 3rd down opportunities.

Joe Burrow only passed for 172 yards but was 14/18 and had three TD and a pick. He only ranks 25th in the league in QBR and does have four INT in the last two games.

The Jags have only covered the spread in one of their last seven games and the Bengals have covered in six of their last eight home games.

The Bengals’ offense has not lit it up but their defense has played well and Mixon has run the ball well. Lawrence will not break out in this game facing the Cincy D but he will make some players but also make some mistakes. I look for Jax to hang around for a while nut for the Bengals to pull away in the second half and win and cover the spread at home.